Showing posts from August, 2009
Show all

August 25, 2009
Many of you may be wondering why the site is down.  Its simple business.  I wasn't making enough profit from the site to justify keeping it up.  While it was a joy to work on Zero for these past four years, its time to realize when enough is enough.  I'm done with the web comic or anything resembling that.  Blogspot will be my new home for my ramblings, reviews, and rambling reviews.  While I'll greatly miss spending time tinkering with the site, I look forward to another doing the majority of work, leaving me to write in peace.  Here's looking to brighter skies.
Post a Comment
Read more 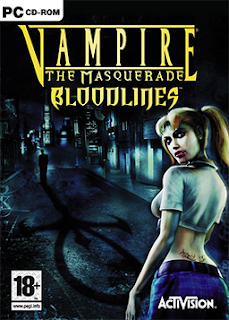 Vampire: The Masquerade - Bloodlines was published by Activision on November 16, 2004. The game runs on Valve's Source Engine, notable for running Half-Life 2. The game begins with you creating a vampire by either answering a questionnaire or directly picking you vampire's clan and stats. The clans are diverse in their abilities, ranging from pet summoning to invisibility. You start the game as a freshly turned vampire, when you and your sire are attacked and brought before a gathering of vampires. Apparently there are certain rules that all vampires must abide by to keep up the masquerade, and creating more vamps without permission of the presiding Prince of the Camarilla (see: Guy Le Douche) is a big no no. So your sire is executed and you're in short order as well, until the leader of the opposing order, the Anarchs, calls out “Bullshit!” quite literally and you're saved. You then become a pawn of the political war between both parties as your try to make your way
Post a Comment
Read more 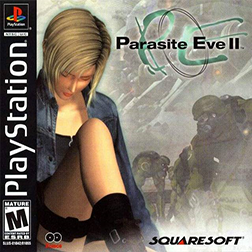 Ah, Parasite Eve, what can I say? Overall, an amazing series thus far, and my second favorite Square entry besides the Final Fantasy Series. I picked up the game years ago and played it over a weekend, not getting very far before I abandoned it for Resident Evil: Code Veronica. When I came back to play it last week, I found that I was only in the first 20 minutes of the game and decided I should make this another notch on my belt. I absolutely loved the first Parasite Eve and getting the second was only a matter of time. And time it took, I had absolutely forgotten about the game until I saw it in a local video store on sale for $2.50. I'm not about to pass up a deal like that, so I made my purchase and it sat on my shelf for 4 years now. My first impression was that this was Square's attempt at a Resident Evil. It succeeds a great deal in this with the controls being near identical but some of the game play from the first PE was transported poorly to this game. You have t
Post a Comment
Read more 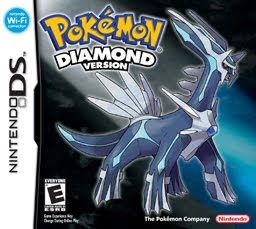 Pokémon is one of Nintendo's money makers. It’s as though they found a Pikachu and then discovered that beyond it being a mouse that shoots electricity, it can also shit money. Piles and piles of money. The series began in 1996 with the release of Red and Blue. 12 years later, it continues as strongly as ever with Diamond and Pearl. I had bought Pearl for Kim earlier in 08, picking up Diamond for myself a few months later. What began was an addiction most refer to as Pokefever. This was the first Pokémon game that either of us had ever played. We didn't expect it to be anywhere as good as it was. Simply put, this series has the RPG down. From the turn based battles to the interactions with people and towns to further the plot, it's all gold. What adds to that is the fact that you need access to both games to complete the Pokedex in your copy. It was an interesting mechanic that made sure Kim and I played together, catching extra Pokémon for one another. We could then use
Post a Comment
Read more 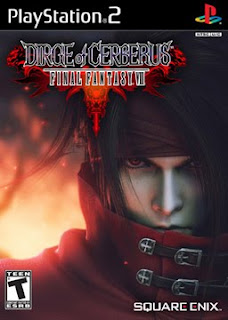 I finally played Dirge of Cerberus and was very disappointed to beat it the very next day. This to me was the little game that could, but was riddled with minor things that surmounted to making it only mediocre. As I've stated, I love most anything Final Fantasy, the only major exceptions being Tidus and most of the X story line. But as much as I wanted it to be, this just did not feel like a Final Fantasy. The game play was like a bastard child of Devil May Cry and Star Wars: Battlefront. The controls were almost a direct rip from SWB except they weren't the tight and precise controls I was used to. Even after adjusting the camera speeds to something of my liking, it still felt very sloppy, taking me a few hours to adjust to. Even after the adjustment though, I would still have a difficult time taking multiple enemies. Some elements that were added to the US release, such as a double jump and pulled back camera, felt like Devil May Cry, but you can easily tell they were jus
Post a Comment
Read more

August 25, 2009
I like to consider myself a strong willed person. I'm very skeptical when it comes to movies, not wanting to find myself wishing that I had the last two hours of my life back after watching a particularly awful movie. But there are certain franchises that I'm a slave too, Resident Evil being one of them. By no means am I a fanatic, I don't collect every action figure (though I tried...) and I resisted the venomous hooks of the shooters and ports. But when I saw that a CG film was in the works, a film that should by all rights make up for the atrocious live action films, I nearly wet my pants with excitement. I still don't know how I blocked out all the flaws of the CG cutscenes in the games. RE: D is a cash in, short and simple. Capcom looked past the innovation of the brilliant RE4 to pull the rotting horse carcass out of the closet to bludgeon it some more. The trailer was misleading, it gave an exciting look at a new scenario, an airport. This is a classic horror m
Post a Comment
Read more 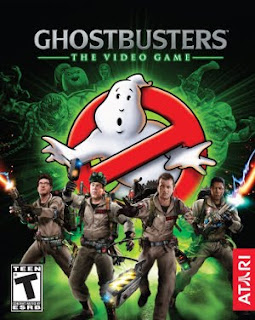 Before this game came out, the last time I had heard of Ghostbusters was 15 years ago. Still, I felt an odd tinge of excitement as one of my childhood joys was coming back. Kim came home with this gem, and that night I was reintroduced to Egon, Venkmen, Stantz, and Winston. When I started playing, I hadn't seen the movies in roughly 10 years, so there was plenty I was missing. The game is full of nods and winks to fans of the movies, from the dialogue to the various artifacts you find sprinkled throughout the game. This didn't stop me from enjoying the game immensely though. From the story to the game play and voice acting, everything is top notch and polished to a level rarely seen. Harold Ramis and Dan Aykroyd took up the pen once more to finish their masterpiece trilogy. The entire original cast has reprised their roles to make the voice acting top notch. The story starts off simply, much like the movies. You play as the new ghostbuster whose job is testing the experime
Post a Comment
Read more 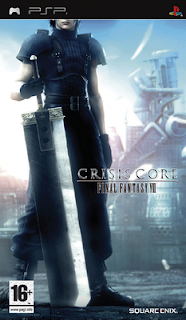 I've been putting this one off for a long time now. I picked this little gem of a game the day it came out, March 25th. This review is long overdue and has plagued me since I finished the game months ago. Starting off, CC is an amazing game, hands down. There are so many elements that drew me in and very little that kept me at bay. For those of you that don't know the story, you play as Zack Fair, the legendary SOLDIER that inspired Cloud to live his life the way he did during Final Fantasy VII. Zack is a 2nd class member of SOLDIER eager to move his way up to 1st with the likes of his heroes Angeal and Sephiroth. Along the way, they find that another member of SOLDIER, Genesis (Guy Le Douche) has gone renegade and taken a small army of SOLDIER operatives with him. It's up to Zack to uncover why and try to bring said army back to Shinra. CC is a prequel to the events of FF VII and fills in all the gaps, leaving no questions unanswered. I wasn't a huge fan of FF VII m
Post a Comment
Read more 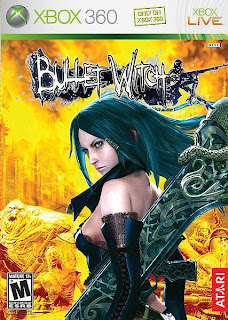 Every game reviewer has a gimmick, something that they're known for. The only one that I have is that I try not to buy shitty games. Well, you can't win them all. Long before I had the 360, there was a game that I wanted. The art design had sucked me in, and even though I had no idea what it was about, I had to buy it. Books and their covers... The game was Bullet Witch and I finally bought it for $14. It's worth about $2, and that's only for the DVD it was burned on. The setting is as bland as it could get. Demons have been unleashed on the world, decimating the human population to the point of near extinction. There are pockets of resistance fighters who live underground and generally get their asses kicked. You play as Alicia, a witch with great power and amnesia. The story is incredibly forced, the voice acting kept at a monotone level, and the game full of dull gray/brown rubble. You start in a stereotypical suburb that is under siege by said demons. After plo
Post a Comment
Read more 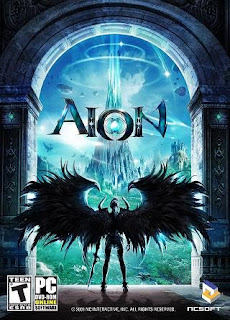 Well, now that the NDA has been lifted, I can bring you an in depth look at my new crack pony. She’s something else, yet strangely familiar. Depending on what nerdy circles you stay in, you’ve either been tracking this game for years (like myself), or you’ve heard nothing about it. For those not in the loop, Aion is the “new” (it’s been out in Korea for a year) MMO from NC Soft. Finally given a release date of September 22, this game is banking heavily on its graphics, but will that be enough to dethrone reigning king WoW? Like I’ve said before, Aion touts about their supreme graphics all the time. They have reason to; it’s a gorgeous game. From the incredibly detailed character models to the lush and vibrant world, this is the most visually stunning MMO out there. There’s a catch 22 to that though, the more visually stunning a game is, the better a computer you’ll need to run. The big draw to WoW is that any goon can play it with an off the shelf computer. With Aion, Kim and I had
Post a Comment
Read more
More posts