Showing posts from December, 2009
Show all

A New Year gift to you 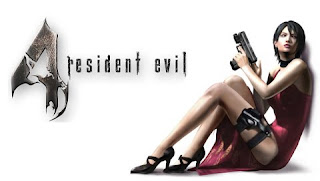 It's no secret that I have a great love for the tiny machine that is the PSP.  Since the fall of my site, I took down quite a bit of content.  Some of that being some wallpapers I made just for that wonderful machine.  So as my new year gift to you, here's some PSP wallpapers.
Post a Comment
Read more

December 03, 2009
I'll admit, when I saw the first Twilight film, I wasn't going to give it a fair shake. I was surprised that it wasn't awful, it at least at decent cinematography.  I sat through mediocrity, much as I do with a majority of movies.  It wasn't anything special.  I went into New Moon the same way, I wasn't disappointed. This was a horrible movie. The plot was inane drivel with souless acting all around. The only character I felt for was Jacob, as he was being friend zoned from the start. Bella is a selfish bitch who will do anything and use anyone to get back with her equally selfish "vampire" boyfriend. Jacob bends over backwards for this incredibly bland girl with nothing to offer and time after time is reminded that he won't be getting anything from her. When he leaves, she is distraught, but not because she truly loves him. No, it's because she doesn't have a bitch to take her mind off of Eddy. I would have given anything to have seen her d
1 comment
Read more
More posts