June 15, 2010
Nintendo got its turn in the spotlight today at E3.  They revealed a line up that was predictable.  Here's the new line up:
So, to summarize, Nintendo is releasing new games on their key franchises.  They do this every year and the masses eat this shit up.  Mario gets a new game and there's another title that starts with "Wii".  Big shock.  This is why I loathe Nintendo at the moment.  Instead of trying new things, they release the same games with new wrappers.

Don't get me wrong though, the new Zelda looks great, except that series creator Miyamoto couldn't control the game as well he thought.  Motion controls are a fad that need to go the way of the dinosaur.  During the demo, Miyamoto could not demonstrate three of the weapons, because there were signal errors which were jokingly blamed on audience members using wireless devices.  I love the Zelda series and this entry's art style is rich and vibrant with color while still being realistic. 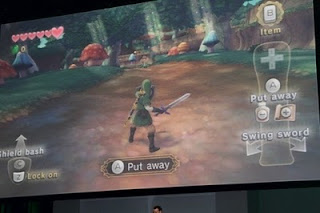 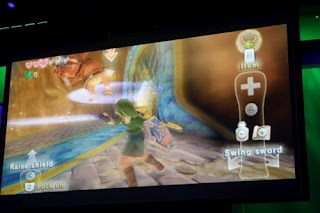 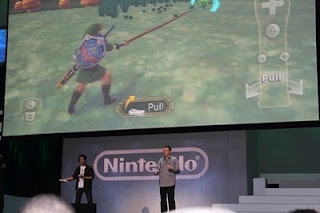 The game does look like it would be fun, if you could use a regular controller to play.  I like the idea of the whip and the different ways to throw bombs (bowling and shotput).
Update: Stephen Totilo of Kotaku got some one on one time with the game and based on his video, the controls don't look so bad.
Metroid: Other M looks like a must have title for me as I haven't played a Metroid since the Super Nintendo.  I loved the dark and isolated feeling the trailer gave and look forward to Team Ninja's take on this classic series.
The title that did blow me away was Kid Icarus: Uprising.  It will be a launch title for Nintendo's 3DS, the new 3D gaming handheld.  It instantly turned me from indifference to must have.
Some major developers will have titles ready for the launch of the 3DS, including Resident Evil, Metal Gear Solid, and Kingdom Hearts.
Video of Metal Gear Solid on Nintendo 3DS.
All in all, I was impressed with Nintendo this year.  Despite them giving us the same games over and over.
Game Previews