I got a new phone last month.  Ever since then, I've been swarmed with texts and calls from people looking for an "Emily".  At first I was polite, and told them this was no longer her number.  A month and a half later, I'm screwing with them because they just won't stop.  Here's a transcript of the latest:


I've been waiting for a proper sequel to the Parasite Eve series since I finally got around to beating PE2 a few years ago.  Is this the sequel I've been looking for?  Time will only tell, but with Square's habit of screwing the pooch as of late, I'm a little concerned.
Posted by ZeroAnd09 at 12/18/2010 11:23:00 AM No comments: Links to this post

Three things I hate above all else

For those in the know, or those that don't live on Mars, World of Warcraft: Cataclysm is out.  It's the last big hit of 2010 and I don't know if I can jump back in.

Don't get me wrong, I absolutely love World of Warcraft.  From the lore to the incredibly immersive world, Blizzard has crafted what I consider a perfect fantasy world.  What absolutely kills it for me each time I come back is the community.  Granted, I play on one of the oldest servers in the game, but WoW has a reputation for making Xbox Live look like and example of tolerance.

What draws me back is the chance to play with old friends again, new classes, and a totally revised world.  I really want to create a Worgen and unleash the fury as a warrior. 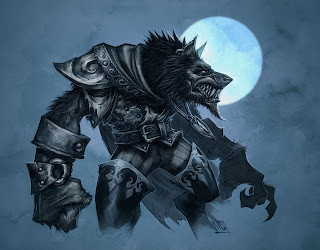 What gives me pause, is the community.  I hate them with a passion.  Stories like this are what keep me at bay.  It's a community full of elitists unwilling to help.  Thankfully, I have a group of friends to play with, but do I really want to get back on the crack pony?
Posted by ZeroAnd09 at 12/07/2010 11:43:00 AM No comments: Links to this post