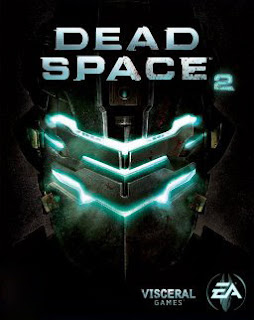 Picking up shortly after the events of the original, Dead Space 2 finds Isaac Clarke on a space station orbiting Saturn called The Sprawl. Isaac was rescued after escaping the Ishimura and is currently being held in a mental facility. Needless to say, things go to Hell pretty quick. Is the terror as potent the second time around?

Not much has changed as far as the game play goes, but this isn’t a bad thing. Dead Space was one of the very few games where I didn’t have to struggle with the controls and everything felt completely natural. What does change is very welcome. Isaac now has more control in zero-G, with his suits now equipped with boosters that allow for free movement. In addition, the frustrating turret sections are gone, putting all the tension where it belongs: surviving the Necromorph hordes.

Isaac has upgrades available to him, much like the first game. Collecting nodes and filling in the grids is necessary to surviving the end game. Instead of finding upgrades to just one suit, Isaac can now find 10 suits over the course of two playthroughs. Each suit has a different amount of inventory slots and perks like increased weapon damage or faster kinesis recharge.

Necromorphs are of the same types from the last game, with only a handful of new types. There’s just enough variety to keep things from getting boring and honestly, how many ways are there to dismember poor Isaac. Shockingly, there’s many. Dead Space 2 has some of the most grotesque and gruesome deaths I’ve ever witnessed. Some left me cringing and staring in awe as I asked myself “Did that just happen?” This is most definitely not a game for the faint of heart.

Atmosphere is what made the first Dead Space such a hit. The halls of the Ishimura oozed a quiet and palpable fear. The Sprawl carries on in the same vein, but shows the domestic side of space faring life. Isaac moves through shopping centers, hospitals, apartments, and even a school. It’s disturbing to move through the blood splattered walls of a child’s room, jumping at the shadows cast by their night lights. The pacing is terrific where the only moments I wasn’t on edge were the times I was shopping for supplies.

Isaac is no longer a mute in this outing and his contributions only make the story better. This is a story of Isaac moving past the mental hold the Marker has on him. It is a tale of forgiveness and finding peace in a world erupting in madness. It is all very moving and in the end I really felt for Isaac.

Dead Space 2 also throws multiplayer into the mix with a team of four humans versus a team of four Necromorphs. The humans have a certain amount of time to complete five tasks, with each completed task adding time onto the clock. The Necromorph’s only goal is to kill the humans and keep them from completing their objectives. To help them in that goal, NPC Necromorphs spawn to help the players on the Necromorph team. It doesn’t seem too fair, but Necromorph’s power lies in numbers. As you complete matches, you’ll earn XP and level up. The level cap is at 60 currently, with each level unlocking different things. These range from costumes to weapons, weapon upgrades, and perks and abilities. The mode will certainly keep players in Isaac’s mad world for quite some time.

In the end, Dead Space 2 is everything that was great about Dead Space and more. At this point, it is a serious contender for my Game of the Year. For those that still have an interest in the survival horror genre, this series remains at the top and is a must have. But after playing with the lights off and the sound up, have fun trying to fall asleep.
Game Reviews