Call of the Dead

Call of Duty's zombies have just met their match.  Using the dream team of Michael Rooker,
Sarah Michelle Geller, Danny Trejo, and  Robert Englund.  For those of you not in the know,
that's: Merle Dixon, Buffy the Vampire Slayer, Danny motherfucking Trejo, and Freddy
Krueger!  Bonus:  They're fighting the king zombie: George Romero!  If you don't know who
George Romero is, go die in a fire.

App of the Week: IGN

This week, we take a look at IGN.  IGN has been around for quite some time, providing reviews and video on everything game related.  I was a huge fan, checking their site on a daily basis.  Then is became cluttered and a pain to navigate.  Everything seemed a little slanted, so I moved on.  I had toyed around with a few other sites, but over time they all fell into the same traps that IGN had.

Then came the IGN app for Windows Phone.  It gives me what I loved about IGN and made it super easy to read on the go.  I can read all of their top stories, reviews, and watch the latest videos.  All without going to their mess of a site.  Oh, and it also tells my lazy self what games are coming out next.  Best of all?  It's free.

Found this fantastic video last night that cured my woes with my old 360 Elite.

Yesterday morning, I woke up planning on thoroughly enjoying my day off.  I shuffled into the living room and smiled as I turned on the Xbox.  I was going to be stepping into the boots of Commander Shepard again and tackling "The Arrival".  My Xbox is the old 120GB Elite model.  It has served my family well for the past two years.  From the day I brought it home and the kids christened it with Kung Fu Panda to my nightly sessions of Call of Duty with friends and family, it has been there.

I pushed the button to open the tray and it whirred, then nothing happened.  Kim joined me out in the living room and saw the panicked look on my face.  I tried to open the drive again with no success.  A cold surge of adrenaline rushed through my veins, much like the feeling one has in the seconds before a car accident.  You know the one, where time slows down and you realize you're screwed.  I removed the faceplate and turned the machine back on.  It whirred to life and I pushed the eject button.  Success!  It opened without any issue.  I replaced the faceplate and continued to test the tray by opening and closing it.  It closed on the second time and refused to open.  I checked the plate again and could see nothing that would be jamming the tray.  With a heavy heart, I announced to Kim that the Xbox was on its last legs.

We had been having issues with the thing that had become the center of our entertainment universe.  It was taking longer to start up.  It wouldn't recognize the wireless network until we went to the network settings and ran a scan.  Plugging in a USB device would disconnect Xbox Live.  It was a sad thing to admit, but like Old Yeller, it would have to be put down.

We debated it for a few hours and were still undecided until we received an error while watching Netflix that we had never seen before.  That was the final nail in the coffin.  With the system out of warranty, we had no choice but to go buy a new console.

We upgraded to the new 250GB slim model.  It was sleek and shiny.  It had a dedicated port for the Kinect and more USB ports than what we knew to do with.  I removed the old system and in its place went the new.  I hooked up the old system to the AV input and prepped the systems for data transfer.  I used an old 8GB USB stick to transfer all of the data.  It only took a few hours to transfer over 50GB+ of data.  By the end of the night, the new console was up and running without a hitch.  Well, there was a hitch.  Our downloaded themes wouldn't work.  After downloading them again, everything was as it should be.

I was hoping that we wouldn't have to get a new console.  This is only the second time I've had to replace a console.  The first was when my PS2 fat refused to read any media inserted.  The new Xbox is a good fit, and looks nice with the rest of the entertainment center.  But I felt a tiny sense of guilt as I pulled the trigger and formatted the hard drive on my old friend.  If I can get the tray to work again, I'm sure Gamestop would be more than happy to take it and sell it to a new family at extortion rates.  A new family for my favorite console of this generation to entertain.  I can't imagine a better ending.
Posted by ZeroAnd09 at 4/18/2011 09:41:00 AM No comments:

I wake up this morning and see this: 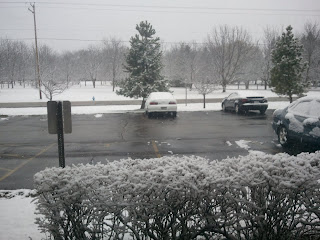 I just can't catch a break in this town. The burger itself was mammoth, drawing the attention of all who saw it. As it was set before me, I could only sigh in disappointment. The grease was already oozing onto my plate. I picked up the burger and grease rained down onto my plate. The first bite was everything I expected,  bland and tasteless. The bountiful helping of toppings did nothing to quell the lump of meat nestled between the grease-soaked buns. Halfway through, the entire mess fell apart. At this point, the bun was little more than a wet napkin and I had no desire to rebuild the abomination.

On the side: seasoned fries

Zero out of five stars 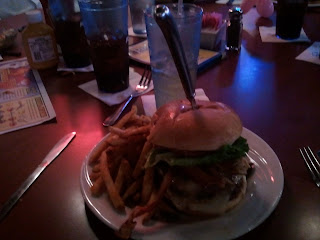 FortressCraft is the worst game ever made.  Worse than Superman 64.  Even worse than ET for the Atari 2600.

I had purchased FortressCraft a little over a week ago.  I had no idea that something like this was coming to the Xbox.  Here it was, a simple game about building whatever you could imagine.  A game that integrated the often misplaced Avatar, using it as an actual avatar for the player (shock!).  Here was a game that focused solely on the creativity of the player.  A game that encouraged social play by giving players the ability to switch worlds and build with their friends.

I paid the low price of 240MS Points ($3) and within minutes had the game downloaded and running smoothly.  Sprawled before me was a world without end rife with blocky beauty.  The controls were easy to pick up, and withing minutes I was marveling at the potential.  I think a large part of it had to do with my love of Lego as a child (and man-child).  I started small, building a staircase up to a modest one-story building.  From there, I expanded it two stories, and then a third with a balcony overlooking the starting pool.  After some pestering, a friend of mine bought the game and joined my world.  He built a tower that reached the highest point in the game.  He made a small platform and jumped.  When he landed, he began digging until finally reaching the bottom.  I had no choice but to follow.  What followed was a few hours of adventure in a raw unexplored world with my friend.

It was refreshing.  It was unlike any experience I've had in gaming.  I spent nearly every free hour over the next week expanding my kingdom.  My castle grew and encompassed the entire cliff it was situated on.  I build a bridge that spanned a canyon to a cathedral.  Last night, I began building a village for my non-existent minions.  I saved my world and exited.  I got curious and wanted to see what other players had come up with.  I made my way through various worlds, all curiously bland.  It seemed that I was the only one who had built anything substantial.  I thought nothing more of it and turned in for the night.

I came home today, looking forward to expanding upon my creation.  This was not to happen.  I loaded my world and was greeted by nothing.  My ever expanding kingdom was gone.  "Something must have gone wrong.  A fluke.", I thought to myself.  I quit the game and loaded it up one more time.  Still nothing.  Now, I began to panic.  I went back to the dashboard and launched the game again.  I set it so that no one could join my game.  My creations were no more.  The thing that I had spent a week building had vanished.

I checked the developer's forums and found this is a common problem.  As soon as a player visits another player's world, they lose their personal save.  Many others have lost their creations.  What boggles the mind is that no warning has been issued to the players beyond their site.  I understand that it may be difficult for an Indie developer to make frequent updates because of Microsoft's strict policies.  But this is unforgivable.  Plenty of people have lost hours worth of their work.  I lost a week of my time to a basic design flaw.  What other flaws the game has were easily overlooked by how enjoyable it was.

What makes this the worst game in the world to me, is the sense of betrayal I felt when I realized my game was lost.  What is the point in starting another game if this could happen again.  Supposedly a patch is due to be put in place on Sunday that will resolve this issue.  In the meantime, players have been saving their games to a USB stick as a work around.  I realize that while I write this, I'm feeling biased as I recently had a bad experience with it.  But I just lost a week's worth of work with no warning.  It's hard to recommend the game after this experience.

I'm sure after a patches and updates, this will be a phenomenal game.  But the fact that it was released with this cataclysmic error is unforgivable.  It will be some time before I start again, if I ever do.  So if you have FortressCraft or are thinking about it, make a backup of your game.  Don't trust the game to do it for you.
Posted by ZeroAnd09 at 4/15/2011 10:44:00 PM 1 comment:

App of the Week: Nooooooo!

Frustrated?  Ready to scream?  Maybe throw a puppy into a wall?  Don't want to go to those extremes?  Download Nooooooo! and let Darth Vader do the screaming for you.

Start up the app and after clicking past the developer's advertisement, you'll be presented with a dashing picture of Lord Vader and a single blue button.  Press the button and Vader emits his pain-filled (and laugh inducing) cry from the end of Star Wars: Episode 3.

I received an interesting email in my inbox from the fine folks at Microsoft.  It is a summary of my Xbox activity for the month of March.  Some of it is terrifying.  All of it is interesting. 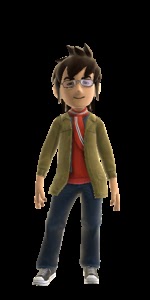