App of the Week: Final Fantasy

Players guide the Warriors of Light as they set out on a quest to restore the crystals to their former luster.  Its side view battles, choice and promotion of character classes, and sprawling world explored with fantastic vehicles quickly became standards of the series.  This game set the stage for all FINAL FANTASY games to come.


This edition also contains the bonus dungeons added to later editions of the game--the Soul of Chaos and the Labyrinth of Time." 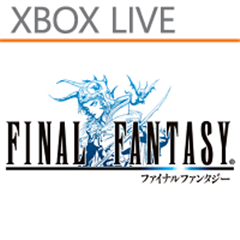 While there have been many great titles that have come to Windows Phone, Final Fantasy may be the greatest yet.  This remastered classic of the 1987 original sets the stage for every great sequel that followed.  As a kid, I would not have believed that I would live in a day and age where I can walk around with multiple full fledged games in my pocket.

Beyond the visual overhaul, the controls have been tailored to the touchscreen and it couldn't be more intuitive to play.  Quick-saves and the ability to resume makes Final Fantasy easy to play in bite-sized sessions.  Of course, it's hard to stop playing once you get going. 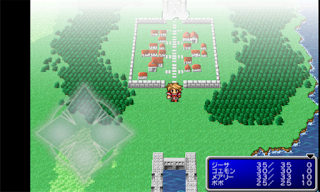 This is the classic tale of adventure as four friends must stop an evil knight, rescue a princess, and restore a kingdom to its former glory.  The nostalgic graphics, music, and gameplay are enough to transport any gamer nearly two decades in the past when gaming was still in its infancy.

If you're even a casual fan of RPGs or good games in general, then the demo is an absolute must.  Though it's a steep price for a phone game at $6.99, one has to remember that this isn't just a phone game.  It's a wonderfully crafted remake of a NES classic.  For Windows Phone owners or Final Fantasy die-hards, this is a must have title. 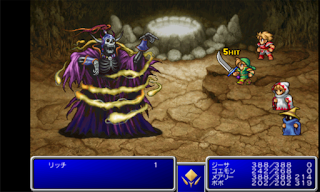