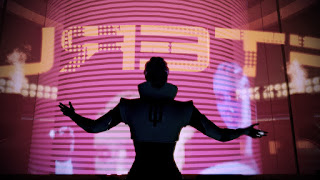 I know!  Another Mass Effect post?  Seriously!?  Blame the folks at BioWare for continually pumping out such stellar content.

Mass Effect 3: Omega comes out November 28th on PC, PS3, and Xbox 360 (November 28th in Europe).  It looks like the queen of the galaxy's underworld, Aria, is going to reclaim Omega from Cerberus.  It's been a long time coming, and this is one of the most anticipated chapters in the Mass Effect saga.  It may be the most fan requested DLC.

While I didn't necessarily see eye-to-eye with Aria, she never attempted to screw over Shepard, which went a long way in a game where nearly every NPC had an ulterior motive.  And it will be nice to curb-stomp some more Cerberus forces.