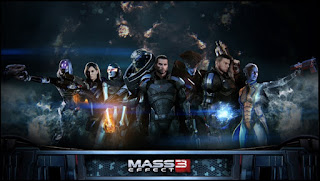 While Mass Effect 3 was heralded as a commercial and critical success, the ending left the gaming community divided.  Many, including myself, felt it was generic and was not tailored to the decisions made across three games.  On top of that, the endings to this epic trilogy were incredibly short and left much to the player’s imagination as to what happened afterwards.  On the other side of the fence were those that said it was within developer BioWare’s right to end the series as they saw fit.  This is an incredibly valid point, but in an industry where fans decide whether a studio lives and dies, some sort of middle ground needed to be reached.  On June 26th, BioWare did just that and released the Mass Effect 3: Extended Cut.

Extended Cut is a free to download add-on that, as its namesake suggests, expands on the endings already present.  It does not change any of the original endings, but instead expounds on what happens through additional cut scenes and epilogue sequences.  To experience the Extended Cut endings, BioWare advises to play the “legend” save file that is created after completing the game.  This save is set up before the assault on the Cerberus base.

I loaded up my save just before being teleported to the Citadel as it hovers over Earth.  From there, events played out as usual.  My final choice was to take the place of the AI construct in the Crucible and take control of the Reapers.  This is the same ending I had previously chosen before the Extended Cut DLC came out.  Afterwards, additional still shots with narration played and gave more insight as to what happened to the various characters encountered after that fateful final decision.  Following that was cut scene narrated by Shepard explaining what had happened immediately following the end of the game and his plans for the future.

Succinct to say without spoiling any more of the ending, it was everything I had felt was missing when I first beat the game.  The original ending definitely left me wanting.  The short scene that had followed only explained the immediate ramifications of the decision and nothing long term.  Everything that I had done across three games didn’t seem to matter with any of the endings because they were just that, the scene directly after the final decision.  They left more questions and loose ties than were answered.  While I could imagine everything turned out the way I wanted, I didn’t know for sure and that didn’t site right with me.  I had to know how everything ended according to canon.  Until then, I didn’t feel that the trilogy had been resolved.  It simply wasn’t enough.

I think that BioWare did the right thing by their fans with this bit of DLC.  It provided the closure a lot of players were after.  For those that said BioWare didn't need to provide anything more to the endings, they have the option of not downloading the DLC and keeping things as they were originally.  It was the best way to keep everyone happy.  In the end, everyone got a little more Mass Effect for free.  And isn't that the best part of all?
Game Reviews