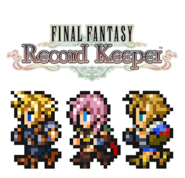 I am a man of passions.  For as long as I can remember, I've been consumed with one passion and then the next.  One of my oldest passions, and the one that really got me into gaming was Final Fantasy.  The developer, Squaresoft, merged with a competitor, Enix, forming Square Enix.  It was around this time, that the quality of Final Fantasy games began to deteriorate.

The first FF to suck me in was FF VIII.  From there, I played FF VII, then IX, X, VI, XII, and finally XIII.  There have been a plethora of spin-offs and sequels I won't mention, but in my humble opinion, the era of greatness has passed.  The last "great" Final Fantasy was IX.  X and XII were good, but didn't capture me the same way the Playstation era titles had.  XIII and its 25 hour tutorial was abysmal.

Now, one of the biggest issues with Square's handling of the FF series is their inability to produce new games in a timely manner.  Take for example, FF XV.  XV was originally supposed to be released in tandem with XIII and was called Versus XIII.  Several years and a new name later, it's still not out.

Instead, they rehash a lot of their content (Kingdom Hearts) or work on our nostalgia to drive sales.  Games like FF Dissidia sprang up which combined the protagonists and villains of each main game in the series in a contrived story.  The gameplay was brilliant, but that was about it.

That long winded explanation leads us to FF Record Keeper.  FFRK is a 16 bit rehash of the previous games in the main series.  Now, before you get excited, it isn't a faithful reproduction of each game.  The story has you taking the role of a record keeper.  Each FF is represented through a series of paintings displaying the highlights of each game.  A series of events has the history of the games being erased.  It is up to you to enter each painting with your party of five, battle the enemies, defeat the boss, and restore the record.  In between each segment is a picture and brief synopsis of the plot thus far.

As you play, you will unlock heroes from each game to build your party with.  You'll also unlock their limit breaks, weapons, armor, etc.  Each character can be assigned two abilities (skills, magic, summons, etc.).  Now enters one of the many problems.  It would make sense that one would be able to play through each of the main games, start to finish, in any order they like.  Instead, random fragments of games are unlocked in an archaic order.  Of course, FFRK baits players into thinking they'll be playing the "hits" of the series with VII, VI, and X.  Instead, there are only a couple of levels from each and then the player is bounced through many of the NES titles.  As such, if you've never played a particular title or weren't really into it when you did, it becomes a painful march to clear the content and hope you'll unlock the title you really want.  In my case, I've been playing daily for weeks and VIII is just now coming into sight.  I still have another week before I'll actually get to it.  Odds are I'll lose interest long before I'm halfway through the game.

This march is compounded by the second flaw.  There is a set amount of energy (stamina) that can be used to clear dungeons.  It recharges at a fairly quick rate, but like any game using a recharge system, as you advance, dungeons will require more and more stamina to complete.  It artificially pads the length of the game and it doesn't need that when you're playing through the events of 13 games.

Each dungeon is is broken down into several sections.  Each section has 1-4 fights.  Now, enter the next problem.  Every fight, except for the boss fight, is so painfully simple, you can have your team use basic attacks to clear it without any issue.  There is actually an auto attack button that has the game play out the fights for you.  There is nothing that makes less sense than a game that plays itself.  It's much like the gambit system that was introduced in XII and then furthered in XIII.

In addition to the expansive story dungeons, there are plenty of timed special dungeons that allow one to unlock additional characters, ability upgrades, and all manner of other items.  Here enters my next issue with the game.  It looks like the developer threw everything they could think into the game.  You can upgrade any item, there are dozens of characters to unlock, countless spells to craft and upgrade, all kinds of armor and weapons, and the list goes on and on.  For a mobile game, there is too much complexity.  At the core, it is a game that you can pick up and play for five to fifteen minutes, but there are so many extras, that if you really want to advance an make the most of it, you must invest hours into it.  However, there isn't enough variety to keep it from getting redundant and boring.  Through in the ability have the game play itself and you'll see my point.

FFRK scratches the nostalgia itch and is a competent mobile game, but it's hard to recommend to anyone that hasn't spent the past few decades in love with the FF series.  Even those, like myself, that have enjoyed the series since childhood will get burned out by the repetitive and overly complex nature of the title.  The concept is brilliant, but there's a lot of fat to chew through.
App of the Week