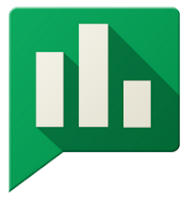 Free.  We all want stuff for free.  But, if something is free, then you're usually the product.  Such is the case with Google Opinion Rewards.

When it comes to a major corporation having all of my information, I tend to stick with one.  I'm not some type of floozy with my personal info [just my body (hit me up on Twitter *wink wink*)].  So while my main squeeze Microsoft has all of my info, I have everything on the Google side of Android locked down.

But oh, does the Gmail Man tempt me.  With the adoption of a new platform comes a new store.  Previously, I had been using the Bing Rewards system to fund my Windows store purchases.  And as I recently found out, Google does a similar same thing.

Google Opinion Rewards allows users to give up all of their deepest, dirtiest secrets to Google in exchange for Google Play Credits.  The filthy little sluts.  The surveys are based on what data you give to Google through prompted surveys.  In my case, one survey was to review a hotel I recently stayed at.  Another had me review my local Wal-Mart.  Yet another probed me about my gaming habits.

The surveys are random and so are the amounts they reward you with.  Not every survey will reward you with Google Play Credits.  The number of surveys you get also varies.  Sometimes I get two a day and other times I don't get one for a couple of days.  Your mileage may vary.  But, if you're looking for a way to supplement your micro transaction needs, there aren't many ways better than this.
App of the Week