App of the Week: Miitomo 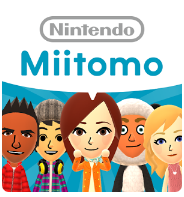 After what has felt like an eternity, Nintendo has dipped their toes into the mobile market. Miitomo focuses on one of their more popular creations, the Miis. The focus for gameplay in Miitomo is being social and playing dress up.

Miitomo is supposed to be a social app. When launching the app, your Mii will have one or several questions ready for you to answer. Your answer then becomes public and can be viewed by your friends, and vice versa. There is also a question asked by Nintendo to the community on a weekly basis.

The other huge feature is dressing up your Mii. There is a clothing store that has a decent variety of clothes that can be purchased with the in-game currency. Adding to that are special timed events that allow users to play a game for special outfits like gothic attire or the different gear worn by Link. To play the drop game, one must have either 500 of the in-game gold or a ticket. Either are awarded for logging in on a daily basis.

The drop game is the only game available within Miitomo and it's lackluster. If you're familiar with Plinko from The Price is Right, then you know what you're dealing with here. Prizes are scattered about a vertical board with obstacles in the way. You simply pick where to drop the Mii along the top and hope for the best. It feels arbitrary at times and I found myself calling BS more than once. But with repeated attempts, I could usually figure out the pattern.

Unfortunately, that's all there is to Miitomo. I can't comment on the feature of viewing friends' answers as no one I know plays the game. There are several ways to import friends like Twitter, Facebook, or in person. Even when using the first two options, my friend list remains empty in the game. Essentially, the game exists solely for me to dress up my Mii in pretty dresses.

Your Mii is stuck in their apartment which can't be decorated. Their monotone robot voice is hilarious when reading the questions, but there's not much else to do. It's like a digital game of truth or truth. As of this writing, the game has been out for several weeks and it feels like it was a flash in the pan. The only reason I continue playing is because of my Mii's reactions and the pretty dresses. Because if I can't pull off wearing a pretty dress in real life, at least my Mii can.
App of the Week