App of the Week: Wifi Analyzer 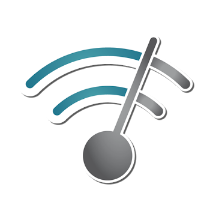 Say you have a fancy new router for your home. Now, imagine your home isn't isolated the the woods or a corn field, but rather, is in a large apartment complex. Now, without getting too technical, do you know how a wireless network operates? How about what happens when you have a bunch of networks working in the same small area?

Within any router worth its salt are configuration settings that allow the user to change the channel the wireless signal is broadcast on. But, what good is changing the channel if you don't know which channels are the least populated?

Enter Wifi Analyzer. It's a free app available to Android users that will analyze both the 2.4 GHz and 5 GHz networks, showing you what channels all the nearby networks are on. From there, simply figure out the least crowded and switch the router to it.

Wifi Analyzer breaks this down with several different graphs, an actual rating for the channels, an AP list, and a signal meter. It's a lot of the same information, but it's good to have if you want to maximize the performance of your wireless network.
App of the Week