App of the Week - Little Healer 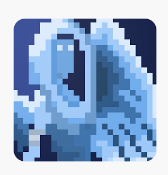 I have a problem. At one point, I was in a very abusive relationship with a game. World of Warcraft consumed my life for several years. It was all I would play, all I did, all I would talk about, and all I would dream about. It started with a friend letting me try out his account. The night elf dance and Hogger quests sucked me in. I quickly acquired my own days later. It eventually got to the point where I ran my own private server.


It was a problem. Eventually, I got myself off the crack pony and was able to resume my life. But, much like any addict, I would relapse from time to time. As I would make new friends, I would find out they played and that led me right back to Azeroth. As  I played, my interests in the classes changed. I went from DPS to tanking and finally settled on a healer.

It was during this last stint, that I found Little Healer. Little Healer is shameless in its adoration for WoW. From the anagrams in the boss names to the talent tree to the pixelated artwork that appears to be lifted from WoW itself, it's all there.

The premise is simple. You are a raid healer and need to keep your group alive. Each boss has a description of their abilities which inform your choices on selecting your own abilities for the fight. The number of raid party members varies, but much like an actual raid, it's up to you to keep the others alive so they can burn the boss down. This includes handling incoming special attacks that can wipe the raid or apply debuffs to individual members.

Completing the raid awards a talent point which can be applied between bouts. Also, whether you complete a raid or fail it, there will be a simulated chat that appears and either praises or ridicules your skills as a healer. That being said, Little Healer is mercilessly difficult. You must pay attention to what the bosses can do and what skills you bring in. There are no mana potions, so it is imperative that you pay attention and don't overheal.

Little Healer definitely scratches the WoW itch. Matches are quick and it's all offline with no Internet connection required. The game is ad supported, but there is an option within to buy the ad free version. If you're a current or former player of WoW, you should appreciate the nods to the game found here. It's unique and an absolute treat to play.
App of the Week