Destiny 2: How to Fix Crucible 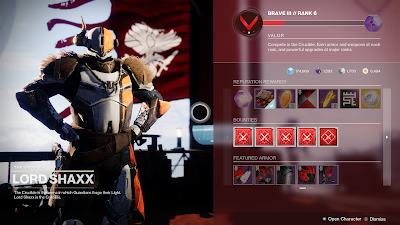 It's about time we got to the business of fixing the Crucible. For years the mode has languished without any meaningful update. So, how do we change this? I've come up with six items I think the mode could really benefit from.

This seems to be the biggest hurdle to clear right away. Whenever a new weapon is released, it goes through a phase where it dominates either mode or sometimes both. While not a weapon, we saw By dedicating a team within the Destiny development group to Crucible that focuses solely on balancing the different modes and weapons, I believe great things could happen. This way, players could still realize their power fantasy in PVE but also feel more evenly equipped against whatever the Crucible meta might be.

This might be the more controversial suggestion, but one I feel is the most important. What I propose is a system similar to Call of Duty. Implement a progression system tied to valor and/or glory ranks that unlocks base weapons like auto rifles, hand cannons, etc. of different rpm values. This will give players incentive to not only play Crucible but play more consistently to gain rank and unlock their weapon of choice. From there, bring back a weapon and armor leveling system similar to Destiny 1. The more a player uses a particular weapon or piece of armor, the more it levels up and perks are added or made available for use.

With an entirely separate pool of PvP-focused armor and weapons, Bungie can tool and focus specifically on making them the best they can be. Additionally, they wouldn't have to worry about changes to specific pieces throwing one mode or the other out of balance.

When Beyond Light was released, the Crucible lost 11 maps to vaulting. That leaves only eight maps in the current rotation. The last time new maps were introduced was back in September 2018 with the launch of Forsaken. There are no two ways about it. This is awful. It is absolutely critical that new maps be introduced. 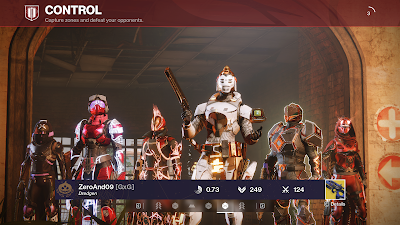 With Season of the Splicer, we finally saw new armor sets released for strikes, Crucible, and Gambit. The problem was, they were all reskins of the same base armor set. If you want to drive player engagement in a mode, you need to support it with new, meaningful content. I know Bungie is a fan of putting the coolest-looking armor sets in Eververse. It makes sense as that's their biggest moneymaker. But, you need to have actual earnable rewards in the game itself. If there's no reason to play and grind out ranks, players will quickly lose interest. It doesn't matter how good the core gameplay loop is.

Each season typically lasts three to four months. Introduce a new armor set with each season that has pieces unlocking at select tiers.

5. Get Rid of Tokens

With the changes I've outlined, there would be no need for tokens and we could rid of yet another currency.

What's the point in resetting rank right now unless one is chasing a triumph? Not much. Again, borrowing from Call of Duty, a prestige system would be a wonderful addition to Destiny 2. When resetting their rank, players could unlock the cosmetic version of that season's armor and/or keep one upgraded weapon to use. This would be a wonderful way to keep players engaged once they've found a set or weapon they really like while driving collectors to get everything. All this would keep a healthy and robust playerbase in Crucible.

I understand that what I'm asking for is a lot here. It's a pipe dream and unlikely to happen. But, what's the point of dreaming if you don't dream big. I understand that my ideal isn't for everyone, but we can all agree that Crucible is in a rough state right now and something has to give. This is the same studio that brought us the greatness of HALO multiplayer. It's high time we saw a return to form.