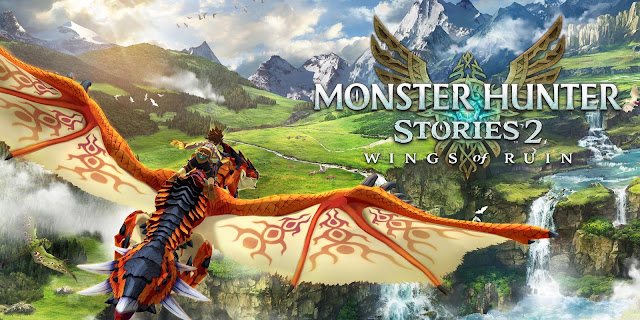 MHS2 was released this July and is a follow-up to Monster Hunter Stories which was released for 3DS, iOS, and Android between 2016-2018 (platform/region releases). This series is a stark departure from the main MH series. Rather than use a realistic art style, MHS2 uses pseudo cel-shaded graphics ala Breath of the Wild or Genshin Impact. And rather than track and hunt the titular monsters, players are tasked to find monster eggs, hatch them, and then fight using traditional JRPG rules.

As of this writing, I only have 7 hours in the game and am absolutely in love. MHS2 takes those feelings the main series developed and takes them in a different, but pleasing direction. The combat mechanics are simple but enjoyable. The art style is adorable and the story is heart-warming. It's clear that a lot of heart and effort went into this game.

While appearing simple, I'm beginning to find the game is simple to get into but will be challenging to master. Much like Pokemon, finding a "monstie" with the right stats and swapping genes will be the real challenge if I want a completely optimized team.

There's a lot to digest and I don't want to spoil anything until I get to the final review. But for now, I'm greatly enjoying my time.