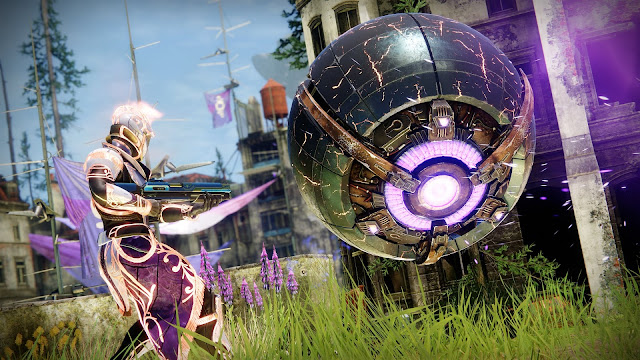 We're in the final week of Solstice of Heroes. For the final week, each day will be a PRISM day. While it is imperative to finish your grind for each armor set, note that the white glows don't have a deadline. Dungeons, raids, and competitive Crucible objectives can be completed at any time to unlock the white glow.

Next week will be the final Iron Banner of the season. The Riiswalker and Archon's Thunder weapons can still be earned from the quest in addition to post-game drops and bounty completions. Also, remember that IB is a great way to boost your light level before the next expansion drops!

Bungie Foundation was able to raise $822,000! More info on the foundation can be found HERE. It's a fantastic charity for helping kids in need.

Cross Play is finally coming in season 15. Guardians can play with one another across Xbox, PlayStation, PC, and Stadia.

As part of Cross Play, player names are undergoing a change. All players' names will be converted to a "Bungie Name" that will show across all platforms. From the looks of things, it will be similar to Blizzard's naming scheme. Part of this naming process will involve running all player names through a character filtration process and an offensive term moderation process. All of the special characters that appear on Steam will be removed. The idea is that names should be searchable from console inputs.

Should a name be flagged in either system, players will be automatically renamed "Guardian[Random Number]". There won't be a name change feature available at launch, but Bungie is hopeful it will be available this winter. As such, it would be prudent to get your names locked in now before being stuck until the rename option launches.

"Here’s how Bungie Names will work and look: 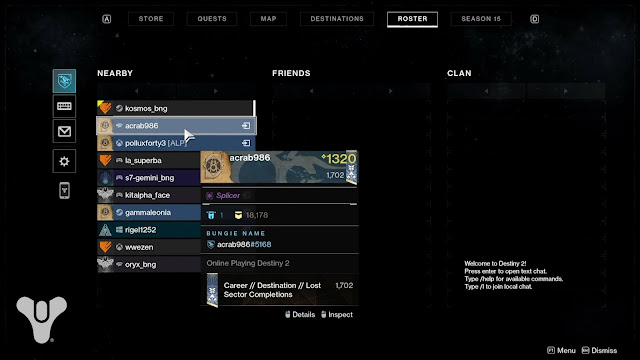 With Cross Play, comes adding friends across platforms. Much like the Bungie Name system, a Bungie Friends platform will be rolled out. This will add all friends in one easy-to-find list. Should one be a social butterfly, there will be a way to sort via platform. To add friends with cross play:

"Log into Destiny 2 on a device where you want to turn platform friends into Bungie Friends, and then issue requests via our Roster screen.

Search for your friends using player search on the Invite screen.

Use Bungie.net friends finder, where you can link all of your platforms, and then issue Bungie Friends requests to all your platform friends.

The Bungie.net friend finder will become available alongside Cross Play, and will be found at https://www.bungie.net/friends."

Finally, after what seems an eternity, Fireteam invites will work in-game, regardless of platform or friend status. So, if you have the regular clan event, but not everyone is a friend, it will be possible to invite everyone without the need of a join code. All invites can be found via the Roster page. It will also be possible to search for players via name and send invites. Fireteams can still be built via Bungie's Fireteam Finder, with added support for Cross Play.

Now, to ensure fair play, Bungie is setting matchmaking rules. For PvE, all players will share one pool. For competitive modes (Crucible, Iron Banner, Trials, Gambit), matchmaking will be as follows:

Unfortunately, voice chat will not be available at launch. There were some late-breaking issues with development that have pushed this feature back. Rather than push back the launch of Cross Play entirely, it will be launching without voice chat. For the interim, PC players will still have text chat. Through the duration of Witch Queen, text chat via USB keyboards on console will be rolling out.
Hotfix 3.2.1.13 Released
Known Issues
Articles