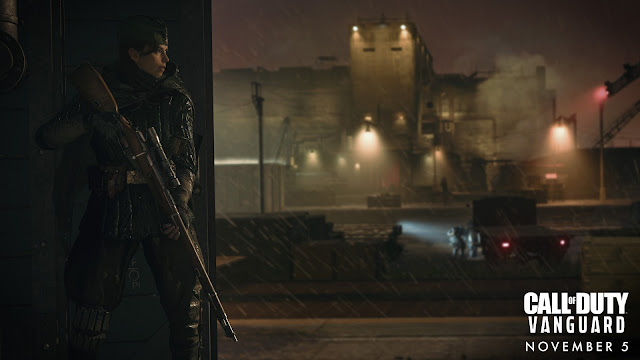 This morning, Sledgehamer Games and Activision released the first look at the upcoming Call of Duty title: Call of Duty: Vanguard. Vanguard is set to release on November 5th and preordering will give players early access to the open beta. At this time, there is no word on when this open beta will take place or for how long past the minimum duration of two days. The platforms listed are PlayStation 4 and 5, Xbox One and Series X/S, and PC on battle.net.

It appears that four fronts from WWII will form the core of the story in Vanguard: Eastern Front, North Africa, Western Front, and the Pacific. The only clue, aside from the WWII setting, regarding the story is that players will see the origins of Special Forces with the birth of Task Force One. Each campaign section looks like it will follow a different character: 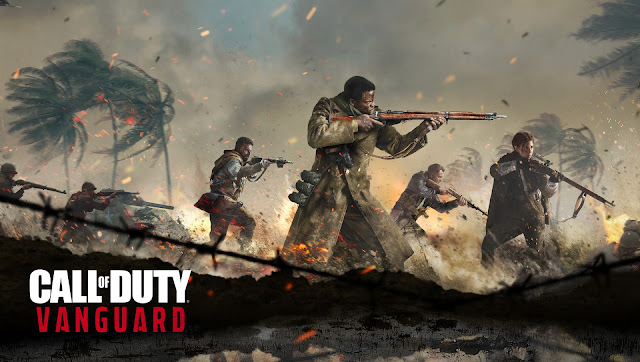 Aside from the singleplayer campaign, Vanguard will feature multiplayer, zombies, and integration with Warzone. Multiplayer is set to have 20 maps on day one and a new Champion Hill mode. Champion Hill pits eight teams head to head in "quick action, close-quarters, small-squad combat". Modern Warfare's 2v2 Gunfight mode also returns. All of this can be experienced via crossplay, cross progression, and console generations.

Anti-cheat is finally coming to Warzone. Developed by Raven Software, the new PC anti-cheat system will launch across the entire CoD system with the new Warzone map. This will include support for Warzone, Modern Warfare, Black Ops Cold War, and Vanguard.

Finally, there is a mode for Warzone live now that takes players to Verdansk. Players team up to take down an armored train moving through the city. It's interesting for the first go around, but quickly loses luster after that.You can farm some easy XP for it, but there's really not much here and even less that ties to Vanguard.