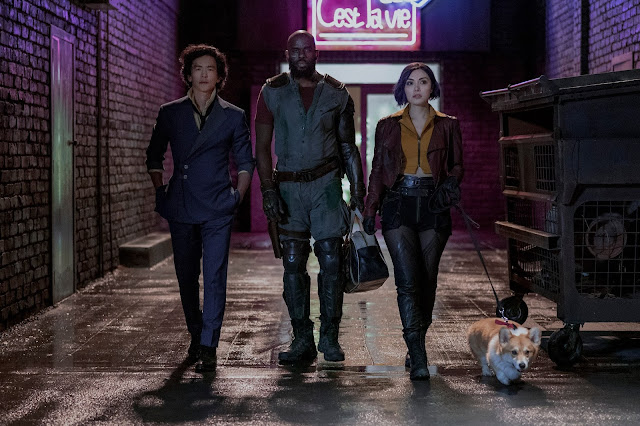 As initially reported by Variety this morning, Netflix has released the first set of photos from the live-action remake of Cowboy Bebop. Cowboy Bebop was a sci-fi western with a heavy emphasis on style and music initially released in 1998. Created by Hajime Yatate, featuring the musical talent of Yoko Kanno, and directed by the legendary Shinichirō Watanabe, Cowboy Bebop quickly gained critical and commercial success. Bebop is highly praised for its treatment of story, characters, art direction, and music. It is no understatement to say that its impact helped usher in anime to Western audiences in the early 2000s thanks to a lengthy run on Cartoon Network's Toonami and Adult Swim. 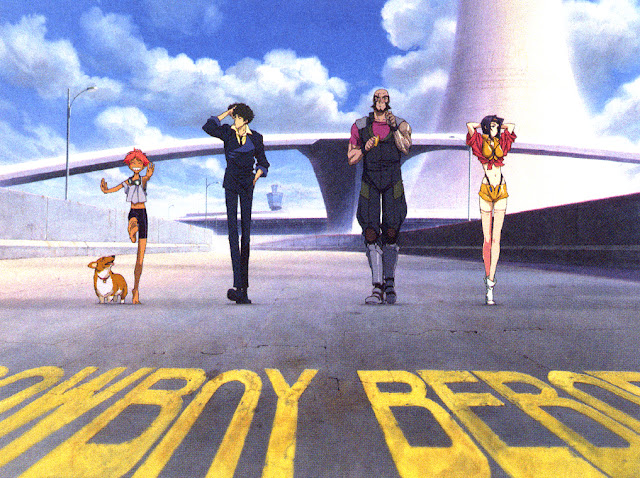 Ever since seeing it, Bebop became, and has remained, my favorite anime of all time. It has had such a large impact that it wasn't shocking to think that someone would eventually make a live-action version. So, when Netflix announced in 2018 they would be doing just that, I became worried. Live-action adaptations of anime movies or series have never been done particularly well. For those in doubt, look no further than what M. Night Shyamalan and crew did to Avatar: The Last Airbender. Then came the internet rumors that Ein, famously a Welsh Corgi, would be played by a husky before Executive Producer Christopher Yost set the record straight. Needless to say, I was worried.
"Was" is the key word of that sentence. After seeing the casting and overall design of the characters and set, I'm feeling a bit at ease. Trust, of course, must be earned, but the team behind the Bebop remake is playing all the right jazzy notes.
André Nemec will be the series showrunner. He is known for producing Alias and Mission Impossible: Ghost Protocol among a large library of other hits. Executive Producers are Jeff Pinkner, Josh Appelbaum, Scott Rosenberg, Tim Coddington, Tetsu Fujimura, Michael Katleman, Matthew Weinberg, Christopher Yost, Marty Adelstein, Becky Clements, Makoto Asanuma, Shin Sasaki, and Masayuki Ozaki. Shinichirō Watanabe serves as a consultant for the series and Yoko Kanno is also returning.
John Cho of Star Trek and Harold and Kumar films will play Spike Spiegel. Jet Black will be played by Mustafa Shakir of Luke Cage fame. Finally, Daniella Pineda of Vamprie Diaries will be playing Faye Valentine.
The series is set to last 10 episodes and based on casting, will be closely following Spike's story with the syndicates on Mars and his messy past with Vicious and Julia. Series' favorites such as Teddy Bomber, Shin, and Lin are set to join in as well. Cowboy Bebop will be released on November 19th on Netflix. Fingers crossed it's as good as these photos make it out to be. 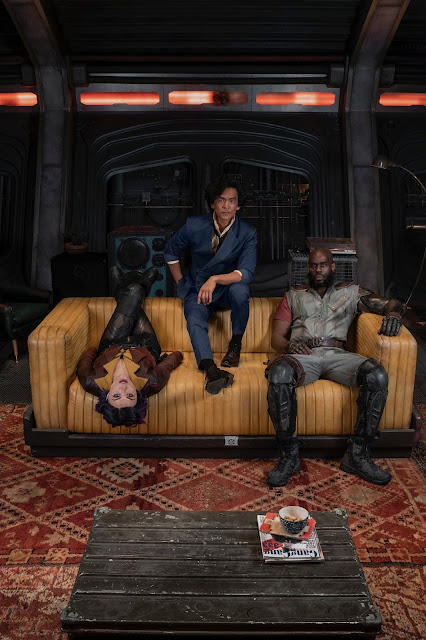 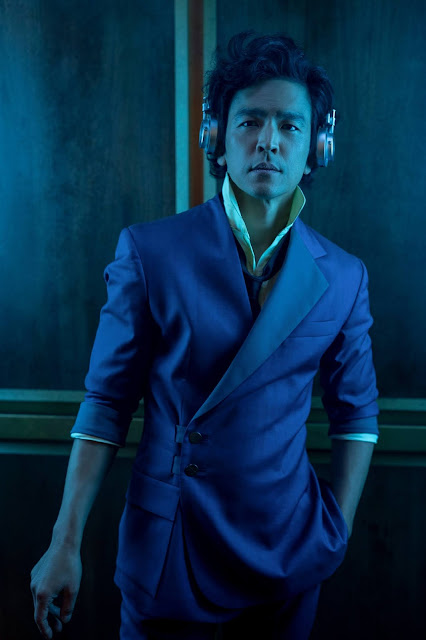 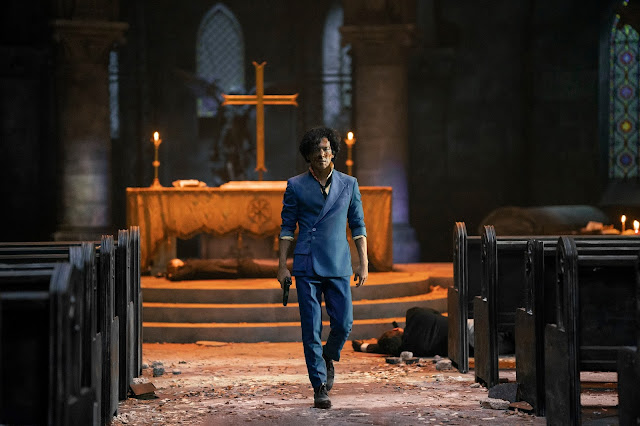 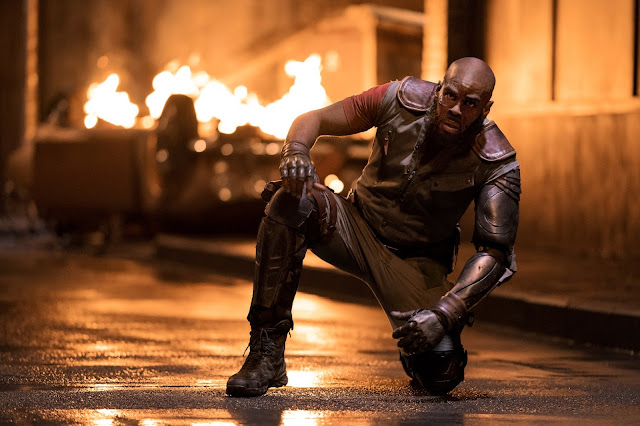 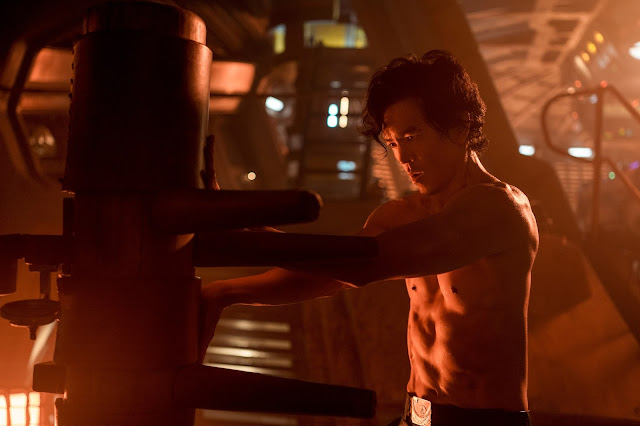 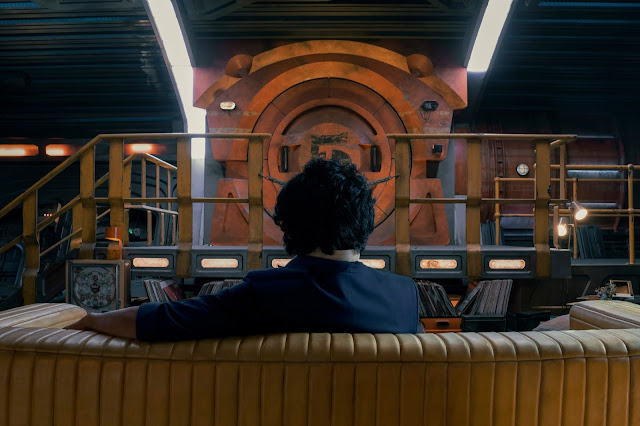 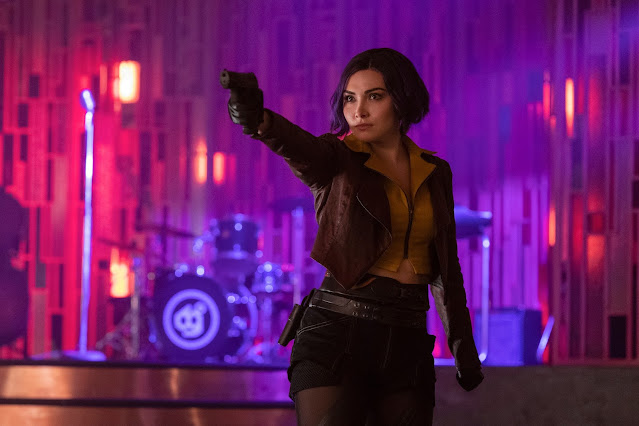