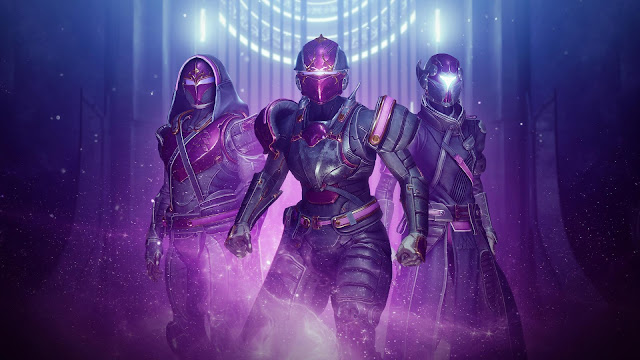 Today Bungie held its 2021 Destiny 2 Showcase. It offered players a look into what's in store with the new season, Season of the Lost, and upcoming expansion, The Witch Queen. Before getting into the meat of the presentation, it was revealed that since going independent two years ago, Destiny 2 has gained 20 million players.

Overall, there is a lot of content to dive into and to keep things short, I'm super excited for the future of Destiny.

Season of the Lost

Season of the Lost is launching today and will run from August 24, 2021 until the launch of The Witch Queen on February 2, 2022. Mara Sov has returned to the Dreaming City to find much has changed. Her brother Uldren now fights with the Guardians he so despised. Xivu Arath, sister of Oryx and Savathun, goes to make war with her formidable fleet. Due to Savathun's meddling in an unspeakable number of affairs, Mara Sov seeks an audience with the Witch Queen.

A new seasonal activity takes shape in the form of Astral Alignment and the weekly mission Shattered Realm. Making use of the H.E.L.M. once more, guardians will be tasked with using the dark portal in the newly constructed Awoken Wing. From there, they can upgrade their Wayfinder's Compass to boost seasonal power and unlock new abilities. The Astral Alignment will be a six-player matchmade activity. From Bungie:

"Breathe life into slumbering Awoken technology and triumph over those who fear the Light. Align the ley-line network and chart a path to rescue Mara Sov's lost tech witches from the Shattered Realm."

This ties directly into the Shattered Realm weekly quest. From Bungie:

"Wayfind through the Shattered Realm in search of Mara Sov's lost tech witches. Rescue them and use the power they bestow to see this mysterious landscape with new eyes - to reach the unreachable."

A new exotic weapon quest awaits players brave enough to claim it. The Ager's Scepter was originally crafted by Mara for Uldren before being locked away. From Bungie:

"The hands that hold Ager's Scepter hold the keys to areas of the Shattered Realm previously barred. Untangle the layers of Awoken security and reach the Exotic weapon before it falls into the wrong hands."

Crossplay finally launches with Season of the Lost. Players will be able to team with friends and new players across PC, PlayStation, Xbox, and Stadia.

Over 25 new and renewed weapons, including new legendary Stasis weapons, will be launching with Season of the Lost. Additionally, new class gear will be available. Finally, a new exotic linear fusion rifle will be available as part of the season pass. From Bungie:

The Witch Queen launches February 2, 2022. The campaign seems to be led by Ikora Rey and it sounds like Gina Torres may be reprising her role. Players will be taken to Savathun's throne world. In the center is a massive castle surrounded by what appears to be a walled city. Outside those walls is a swampy marsh, which many incorrectly thought to be Old Chicago. Nestled deep in those swamps looks to be a deteriorated pyramid ship of the Darkness.

Hive Guardians were confirmed and are called "The Lucent Brood". They were shown to wield the powers of the light and have their own ghosts. The showcased powers were the titan's sentinel, hunter's middle tree gunslinger, and warlock's arc class. It was highlighted that players will be able to destroy the Hive Ghosts. In the gameplay trailer, it was shown that light was released. I'm curious to see if this has a gameplay implication.

The campaign will have a legendary mode that will feature restricted respawns and more difficult enemies. The difficulty will scale depending on the number of players in the fireteam. This suggests that the campaign will be replayable, which players have been asking for since content was vaulted at the beginning of Beyond Light.

Weapon crafting is coming with The Witch Queen. Players will be able to craft their perfect roll using a combination of mods, shaders, and advanced stat pools. All throneworld and seasonal weapons will be craftable with plans for legacy crafting coming in later seasons. As players use weapons, more perks and unlocks will become available at the crafting station. This sounds familiar to how the weapon and armor leveling system in Destiny 1 worked. The highlight of the crafting system was the glaive. It is a first-person melee energy weapon with the ability to fire a shot and deploy an energy shield.

A new six-player matchmade activity will be available within the Throne World. A new raid featuring the dilapidated pyramid will take players inside to confront the power within.
Finally, Light subclasses will be getting the same love Stasis received in Beyond Light. This will roll out over seasons, but void will be seeing the first overhaul in The Witch Queen.

Bungie is throwing a party in December to celebrate its 30th anniversary. There will be a free 6-player matchmade activity. Players that purchase the bundle will also have access to a new dungeon based on the Loot Cave in the Cosmodrome. Completion will award players the new Thorn armor set.
Gjallahorn is set to return with an exotic quest. To help celebrate this, Bungie is working with Nerf on a real-world counterpart. There will also be a Marathon-inspired ornament set in addition to new streetwear sets.

Trials is getting a little bit of an overhaul. Anti-cheat is coming on September 10th with the BattlEye system. BattlEye is currently used in games like Fortnite, Rainbow 6 Siege, and PUBG. Matchmaking is also being introduced with both a solo and premade fireteam option. Rewards are being overhauled with winning rounds and completing matches being the focus rather than card-based. that being said, going flawless is still a surefire way to reap the best rewards.