I've been ensnared. Like a rabbit in a trap, I feel there is no escape. At this moment, I'm approaching 10 days of playtime. Not that I've been playing for the past 10 days. No, I have nearly 240 hours of playtime. How did this happen? I'm still not even sure that I like this game. How!?

The short answer? It's engaging. As I'm sure many of the players in the World of Warcraft exodus would tell you, Final Fantasy XIV is good. It's well put together and there's a ton of content to churn through.

My time in Eorzea started two years ago. I have a friend that is heavily invested in the game and he recommended it to me. I bit. I played casually for a couple of months before falling off. I didn't care about the story and the core gameplay wasn't engaging. In my past life in WoW I was primarily a healer with a minor in tanking. So, I figured if I was trying a new game, then I should try a new class. Now, I have been a fan of Final Fantasy since 1999, so it's not necessarily my first rodeo. If one is going to try out an iconic DPS class in an iconic series like FF, you go big. I rolled up a Thaumaturge with the idea of speccing into Black Mage.  It was the single most boring experience I've had in an MMORPG. Bear in mind that I used to review these things for a living and have played a LOT of them. 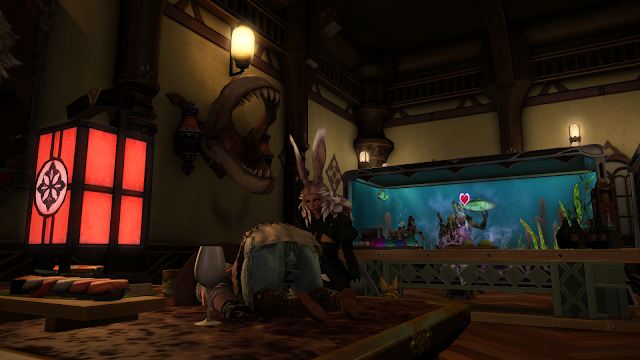 I quit. Two months in. I couldn't handle it. The world was generic. The story was even worse. The gameplay was terrible. My friend had warned me that the base game, A Realm Reborn, would be rough. But it was a matter of toughing it out so I could really appreciate the majesty that were the expansions. At the time, the latest expansion Shadowbringers had just been released. Viera were the hot new race and gunblades had been introduced via the Gunbreaker class. But unless I was willing to invest the time, I wouldn't ever get to see or experience these wonders. So, I quit.

Fast forward to last month. I'm not entirely sure why, but I got an itch. I wanted to give FFXIV another shot. Long story short, I'm so very glad that I did. I've found a Free Company that has helped guide me in my journey and been devouring the content. I'm not a social person, in real life or in a game. So, I consider myself fortunate to have found the group that I have. From MSQ to dungeons to raids, they've helped me through many different aspects of the game. Even to the point of class optimization and in-game apartment hunting. 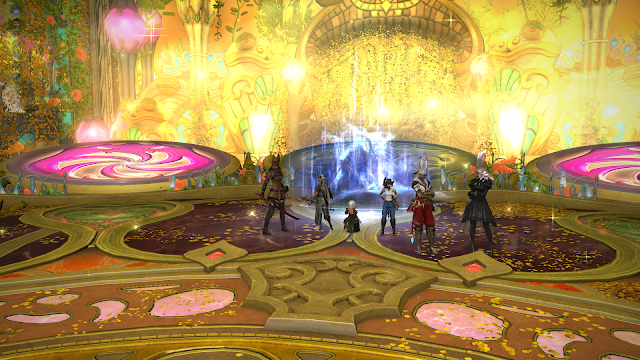 Getting back to classes, this may be the single most important aspect of the game to me. As I mentioned earlier, playing the Thaumaturge was the final nail in the coffin for me. It was not enjoyable in the least to play. I decided that when I came back, I would play the class I really had my eyes on. So, I bought the boost for a paladin, which gave me a level 70 character. This gave me the level 50 clearance to unlock the gunbreaker. In terms of FFXIV, this was the best decision I have ever made. Gunbreaker made the game fun. Now I had an interest in the game. I had a reason to play.

Now that I was actually having fun playing the game, it became much easier to progress through the story. Well, as easy as it could be. I knew that it would be rough for the base game and would get better as I got through the expansions. But I just couldn't get into it. So, I started to skip cutscenes and dialogue. Once I started that, there was no going back. I was just done with the story. Now, this isn't to say the story of FFXIV is bad. From all accounts, it's the exact opposite. But it wasn't for me.

Instead what has really hooked me is the way the game scratches a completionist itch deep within me. There is an embarrassing amount of content to be had and fairly easy ways to track all of it. As such, I've fallen down a deep rabbit hole of doing everything I can in the game. Something must be working right as I'm getting that serotonin dump each time and again, have been playing a lot.

Sprinkled in are tie-ins from other games that have been an absolute treat. I'm an immense fan of Nier Automata and Monster Hunter and to see crossovers for both games made me ecstatic. In fact, it was a large reason for me burning through the game as quickly as I did because both pieces of content were locked behind late-game states. 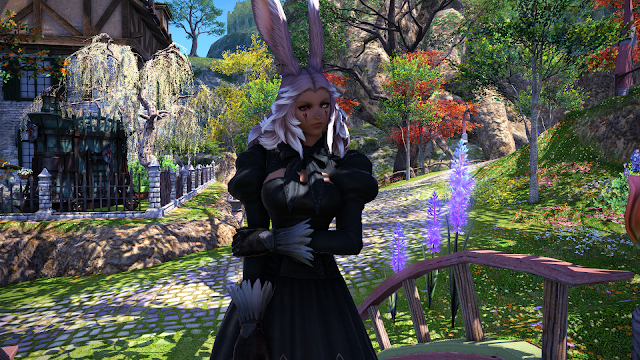 If there is to be one complaint from me, it is that the bulk of the game is locked behind walls. Bot paywalls, but content walls. Only by completing the MSQ or side quests can large chunks of the game be accessed. This is everything from flying in areas to basic content like dungeons. For someone who wasn't into the story, it made progressing the MSQ to unlock the content I was actually interested in a chore.

MMOs have made up a large part of my gaming DNA for nearly two decades now. As they've either died or the company in charge has made terrible choices, I've moved from one to the other. Now, I'm here in FFXIV. Despite my relatively short time here, it feels like home.