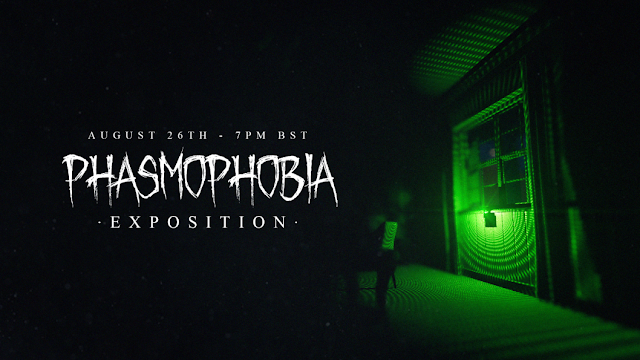 Popular ghost hunting game Phasmophobia is set to release its August update today at 1pm CST. There are a number of additions, changes, and fixes. There are two new ghosts, a new equipment type, and the equipment overall has received a visual upgrade.

Sprinting has received a much-needed overhaul. The default walking speed is now what the old sprint speed was. Players can now sprint for 3 seconds with a five second recharge. VR will have teleporting now to mimic PC sprinting. An inner and outer UI circle represents the teleport range for walking and sprinting that adjust in size depending on how far the player chooses to teleport. Ghosts now have increased acceleration during a hunt when they see a player and their hunt movement delay has decreased from 5 to 3 seconds.

Two new ghost types have been added: the Goryo and Myling.
Goryo are vengeful ghosts from Japanese aristocratic classes that have typically been martyred. Belief in the spirits arose during the Heian period. It is said the Goryo were "the spirits of powerful lords who had been wronged and were capable of catastrophic vengeance" They were rumored to be able to destroy crops and summon typhoons and earthquakes. From the journal:
"Using a video camera is the only way to view a Goryo, when it passes through a DOTS projector.
Unique Strengths: A Goryo will usually only show itself on camera if there are no people nearby.
Weaknesses: They are rarely seen far from their place of death.
Evidence: EMF Level 5, Fingerprints, DOTS Projector"
The Myling are the souls of children that have been forced to roam the earth until they can persuade someone to bury them properly. They typically come into existence when an unwanted child is killed by the mother. They can then be heard singing in the night to reveal their mother's evil deed. A myling can be helped by giving it a name or finding the corpse and burying it in holy soil. From the journal:
"A Myling is a very vocal and active ghost. They are rumored to be quiet when hunting their prey.
Unique Strengths: A Myling is known to be quieter when hunting.
Weaknesses: Mylings more frequently make paranormal sounds.
Evidence: EMF Level 5, Fingerprints, Ghost Writing"
The DOTS Projector is "a laser light projector that detects paranormal movements, highlighting any entities within its range." In reality, these devices are the Kinect sensors that came with Xbox 360s.
Ghosts will now be alerted of the player's position during a hunt if they have electronic equipment on while hiding. Hunts will now impact all electronics with new sounds and visuals. The parabolic microphone will now let players hear "paranormal sounds" when aimed at the ghost. All of the equipment has received a visual overhaul and have new effects. Finally, there are new post-processing effects for players and the CCTV. 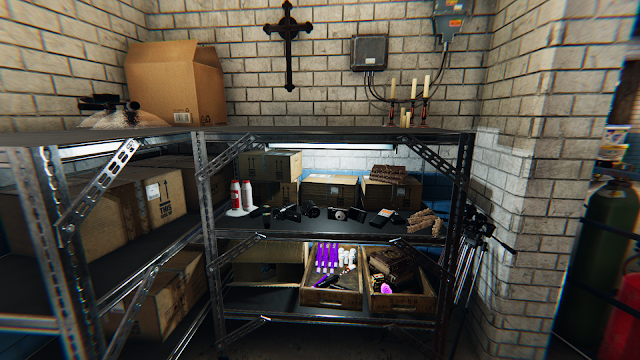