Zone of the Enders Audio Woes 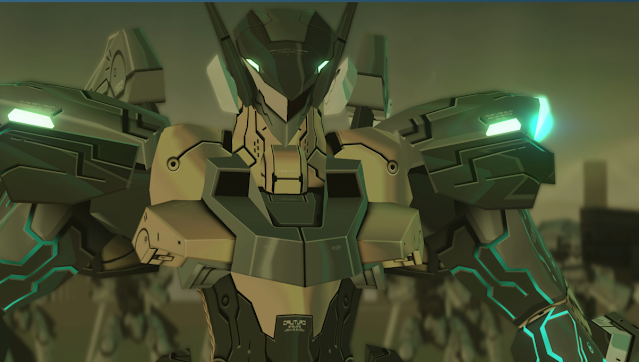 There are a few games that stick with me. Games, that no matter how many years have passed, really seem to stay lodged in the old noggin. One of those was Zone of the Enders The 2nd Runner. Released in 2003, ZOE was a Konami title and follow-up to the successful 2001 title Zone of the Enders. I never owned the game, but remember a single glorious night of binging it and working with friends to beat it in a single sitting. I would eventually go rent the first game and beat that, but it didn't have the same magic as the sequel.

I suppose the biggest reason I loved the game (and series) was because it so perfectly captured the combat and style of Gundam in a way that Gundam games and others like Armored Core never could. It was the perfect blend of anime styling, cel-shading, and hyper mech combat. It was a thing of beauty to play.

So, when I saw there was an HD remake available on Steam, I decided to relive my youth a bit and bought it. Less than an hour later I had refunded it. Why? Did the nostalgia not hold up? Had my tastes changed? Or did the game not age well?

A resounding "no" to all of those. The nostalgia was there. Memories came flooding back and I was a teenager again, hanging out with my buddies. My tastes haven't changed. I still love giant robots and mech combat. It's something I'm currently enjoying with my son through Jet Jaguar and Godzilla. ZOE aged well, from the little time I did play it. It clearly shows how ahead of its time it was that it doesn't feel clunky like so many other games of that era.

No, the issue is that the game is plagued with bugs. Released in 2018, it would appear this HD remaster is yet another poorly optimized port. Many players in the Steam reviews report low framerate, unresponsive joystick controls, and several audio issues.

The biggest issue with the game, and the reason I had to refund it was an audio "bug". Now, there are several which are related to low audio, no audio, or in my case, a loud buzzing static. The official fix is to adjust the sound options in the Windows configuration panel and select an output sound format different than the default 44100Hz. Unfortunately for me, this was not an option.

As such, The 2nd Runner must live on in my memories. I may eventually buy it for PS4, but the idea was to run it uncapped on PC and experience its true glory. A shame. But hopefully, if there are any others like me, they can be spared some heartache.