September 02, 2021
During its Gamescom presentation, Volition announced a Saints Row reboot. Titled simply Saints Row, the fifth entry in the series takes fans back to the origins of an entirely new cast of Saints. Being a reboot means that we will have a new setting, new story, and new cast of characters.

The community hasn't taken kindly to the trailer, for reasons that are beyond me. While it would have been nice to see a tie-in with some original Saints like Gat, Shaundi, or Pierce, a reboot is the only move that makes sense here. The last Saints game was Saints Row IV released back in 2013. By the end of the game, the Saints had literally taken over the universe. From a narrative perspective, there is nowhere else to go.

Personally, I'm okay with scaling back and rebuilding. Just because it's a reboot, doesn't mean we won't see the same sort of raunchy humor and gameplay that fans of the series love. But, interviews like the one with Stevivor paint a grim picture for that. From Volition's CCO Jim Boone:

“It was a great opportunity for us to just tell the story that we wanted to tell, and most importantly tell a story that is contemporary — that we think the people are going to relate to.

“What that means is, it could be everything from imagining the kind of debt that people deal with these days — student loans or the kinds of things that you want to be able to do for the American dream — imagine that if you were in that world and you could form your own criminal empire. You could be your own boss and do things your way.” 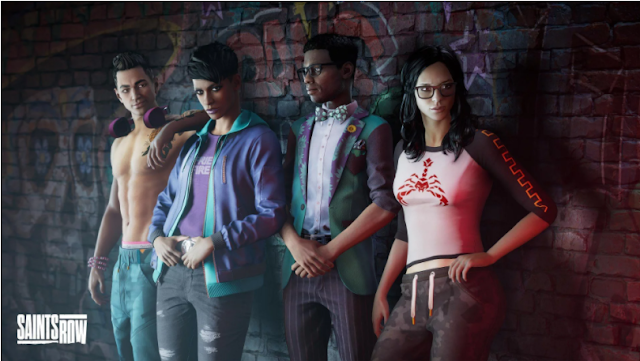 The trailer showed off three of the new saints in addition to the PC "Boss". Eli is the nerd archetype, Kevin is the DJ, and Neenah is the driver. Each seemed to be full of personality and I'm keen to know more about them, provided they become fully fleshed out. While I adored characters like Sahundi and Zimos, they were just that, characters. They were largely one-note.

Saints Row takes players to the fictional southwest city of Santa Ileso. Volition promises that Santa Ileso will be one of the largest and most diverse Saints cities. There will be nine unique districts with differing biomes that cater to each of the gangs that run them.

Saints Row is set to release on February 25, 2022. It will be available for PC, Xbox One, Xbox Series X/S, PlayStation 4, and PlayStation 5.