2021 Festival of the Lost First Impressions 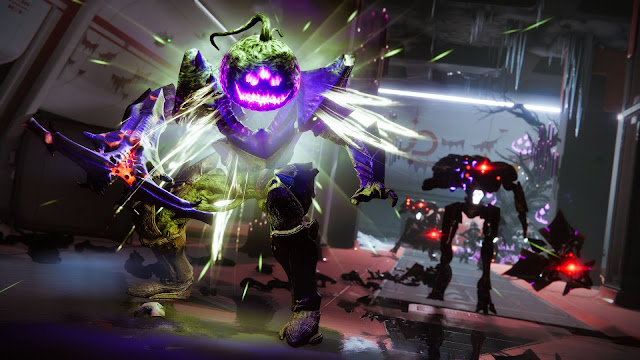 Halloween is in full swing in the world of Destiny 2. Festival of the Lost kicked off yesterday, bringing a new mode, masks, and rewards to be earned. After years of running The Haunted Forest of Mercury for the past three years, the event was becoming as stale as a popcorn ball. So, how does this year hold up? Read on for our first impressions.

Beware the Headless Ones

This year, Eva Levante returns with a host of new treats, masks, and rewards to earn. Eramis, Ada-1, Taniks, Pyramid Ship, and Honkmoon join the paper mache family. Aside from earning the required candy to purchase the new masks, there is also a Book of the Forgotten to be filled out. The book tells the stories involved with this year's primary bad guys, the Headless Ones. Our ghost is taking a backseat this year and Glint is stepping in while his own guardian, Crow, sorts things out following this season's story.

Glint is a fantastic addition and quite honestly, makes me wish we replace our ghost with him permanently. He's full of humor without being overbearing. He acts as the intermediary for our character and NPCs without feeling like he's taking our voice or agency away. It makes me realize just how much I don't like our ghost and wish for a personality overhaul or different voice options. When it came to first impressions, I wasn't blown away with Porkchop (Glint), but I've come to love him just as much as his guardian.

The new event is called Haunted Sectors. Taking place in three different lost sectors on Mars, Nessus, and Europa, players must summon and eliminate Headless Ones (powerful Hive knights with pumpkin heads). If players run out of time or kill 10 before time is up, a boss is spawned. It's a pretty generous system and much faster to run when compared to the Haunted Forest. There are a huge number of enemies on the relatively small maps, which makes for a lot of frantic action when trying to complete the objective. Even better, there is an actual story tied behind each location with different rumors behind the headless ones that is tied to completing the Book of the Forgotten. So, now, players have even more reason than ever to keep doing runs. This keeps players engaged longer without it necessarily feeling like a chore. 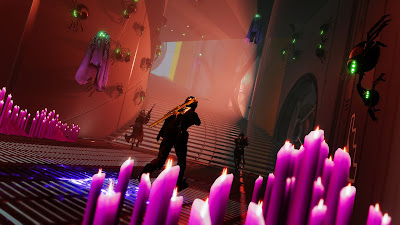 Team Dino won the costume contest earlier this year, beating out the mythological costumes. I wasn't a fan of either, and aside from last year's warlock vampire, I haven't been a fan of the costume offerings overall. The new pulse rifle, Jurassic Green Pulse Rifle, is tied directly to the new costumes. But copies of Horror Story and the Braytech Werewolf continue to drop alongside it. For those that have been farming them, make sure to hold onto any Adrenaline Junkie rolls as Bungie has teased an upcoming buff for the perk.

Overall, I'm pretty happy with the new event. That being said, it would be hard to disappoint me. Destiny 2 is my favorite game and Festival of the Lost has always been a solid Halloween event. First impressions really count, and this new activity has made a strong one.