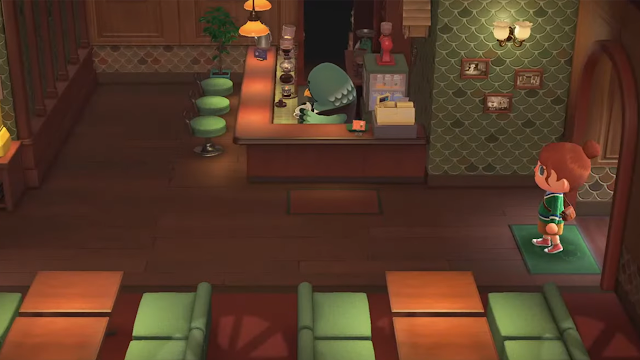 Nintendo hit fans with a deluge of content coming in early November.

Today was a good day to be an Animal Crossing: New Horizons fan. After months of waiting, fans of the series were treated to their very own Nintendo Direct stream. At just over 23 minutes long, the information-dense stream unveiled the upcoming 2.0 update and Happy Home Paradise DLC. Both the free update and the paid DLC are scheduled to release November 5, 2021.

After teasing his return weeks ago, Brewster and his coffee café, The Roost, are finally arriving in Animal Crossing: New Horizons. The new social stop for the island will be located in the museum, with space graciously provided by Blathers. Players can summon characters via Amiibo and even host multiplayer sessions for everyone involved to enjoy a nice cup of coffee.

Also returning is Kapp'n who makes his home at the pier. He will ferry players to unique islands where they can gather new resources. Islands can appear with different seasons and times of day, making it easier to gather out-of-season and timed items.

Harv's Island is getting an upgrade. The photographer has made space for some new residents of his own. By donating bells, players can open up new and unique shops. The plaza will begin to fill in with fan-favorite shops. Some will offer exclusive hairstyles and others will have customization options for furniture and accessories that wouldn't otherwise be customizable. Another fan-favorite will make her home on Harv's Island. Katrina will set up her fortune-telling shop and tell player's fortunes for the day. Joining her is Harriet who will offer new hairstyles that can also be taught to the player.

Hearkening back to the WiiFit days, group stretching is coming to AC:NH. There is a tape deck located in the plaza that can be used to bring together the residents for some healthy exercise. Players can also participate via the JoyCon controllers. And speaking of the Visitor Center Plaza, KK Slider will be debuting some new songs once the update arrives.

Tom Nook himself is seeing some upgrades. The tanooki-in-charge will offer new home-exterior options. Even better, home storage will be receiving three additional expansions, allowing for up to 5000 items to be stored. Hoarders and collectors rejoice! Additionally, bridges and inclines are being upgraded from eight to ten total. Nine new fence types are being added including park, block, bamboo, and lattice fencing. 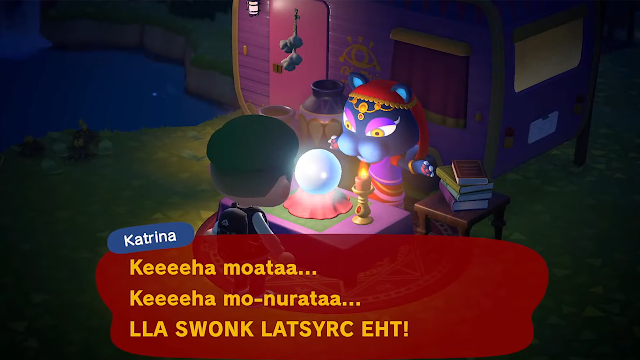 One of the bigger announcements was the addition of cooking. Cooking will be available via DIY Recipes+. To facilitate the preparation of feasts galore, players will be able to grow new crops like tomatoes, wheat, potatoes, sugarcane, and carrots. Cooking appears to add to the fullness meter. For example, the minestrone that was prepared added five apples to the meter.

In terms of making homes fuller, players can now add hanging lights, hanging shelves, and accent walls. Designed or downloaded patterns can now be worn or applied. To help show off these new spaces and those that inhabit them, the pro camera is getting an update as well. The handheld camera mode allows for a first-person perspective that can create more intimate shots. For those wanting to squeeze their character into the frame, there is a tripod option as well. To help spice up those pictures, 11 new reactions are being added.

A few quality-of-life additions are also coming to Animal Crossing: New Horizons. The first is a storage shed that can be placed anywhere on the island and is tied directly to the home storage. This makes it easier than ever to offload some of the inevitable pocket litter. And, for those in need of some extra bells, additional ABD terminals can also be placed around the island. To help navigate the island, a new DIY recipe for permanently placed ladders will be available.

Finally, gyroids are making a return to the series. Gyroids can be dug up, planted, and grown. Once harvested, they can be customized and placed in a room to create a variety of pleasant musical tones. 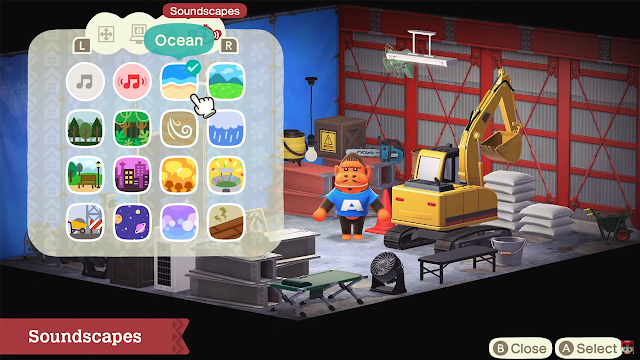 Happy Home Paradise is the first paid DLC offering for New Horizons. Pre-orders begin October 29, 2021, and the DLC will be released on November 5, 2021. It will sell for $24.99 USD individually or can be obtained as part of the Nintendo Switch Online+ Expansion Pack. An annual individual membership is $49.99 and a family plan is $79.99.

In a big leap, players can now get a job in Animal Crossing. But what sort of job would an island-dwelling, landscape-designing, charismatic leader want? Why designing vacation homes for their islanders and friends of course!

The Paradise Planning archipelago is run by Lottie, Niko, and Wardell. Their goal is to cater to their various guest and build them the vacation home of their dreams. To facilitate this, players will get to know the residents, build a dossier, and then get to work designing the perfect interior and exterior space.

To help with this, players will be able to customize the interior size and make quick adjustments like adding partition walls and counters. To help accent the required items, players will have access to a vast array of furniture and accessories. Once designed, players can adjust the interior lighting hue and brightness, polish furniture for added effects, and even add ambient sounds!

Making things even easier for the outdoor renovator is a system much like interior design involving drag and drop. This can be applied to everything from trees to the home itself. It's a huge quality-of-life update that will hopefully make its way to the base game. The outdoors can be customized even further by setting the season, time of day, and weather.

Once the resident's dream home is finished, players can take photos and upload them to the Showroom via the Happy Home Network app. This will allow players to visit their creations to get inspiration of their own.

There's a lot of content coming very soon for Animal Crossing: New Horizons. The free 2.0 update is meaty on its own, but when paired with the Happy Home Paradise DLC, players will have plenty to keep them occupied for a long time.