Bungie Nerfs Festival of the Lost 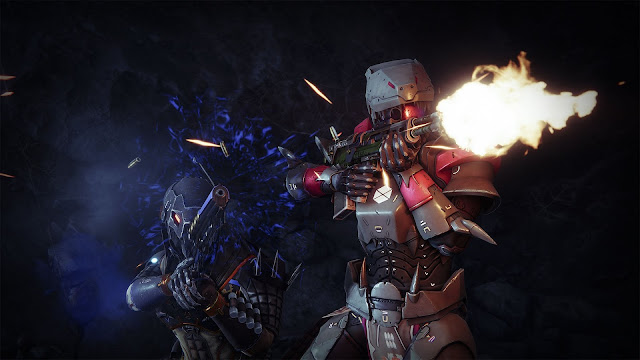 In a confusing move last night, Bungie has issued a series of nerfs designed to limited how quickly players could farm candy and Spectral Pages for the Festival of the Lost event. It appears that players figured out too quickly the most efficient ways to farm resources to "quickly" complete the event.

Candy is required to purchase the six new masks available for this year. The cost for each mask ranges from 1300 candy to 7500 candy. Because the cost goes up exponentially, there is a bit of a grind involved to get each one over the course of the three weeks this event runs. Spectral Pages must also be farmed in order to convert them to Manifested Pages via Haunted Sector runs.

Bungie specifically nerfed Wrathborn Hunts, Expunge missions, and the Lake of Shadows Nightfall. The changes to the Nightfall will be reverted next Tuesday when the weekly rotation occurs. The Wrathborn Hunts and Expunge missions could be completed in a matter of minutes and rewarded a healthy amount of candy and pages. I opted for running the Lake of Shadows Nightfall since I'm desperate for Enhancement Cores and Prisms. It was a fantastic way to kill two birds with one stone. Each Nightfall run would award roughly 500 candy and several pages. After a few runs, I found the max number of Spectral Pages one could carry was 75.

It's a shame that Bungie implemented the changes. Festival of the Lost is a short seasonal event that should allow players to go at their own pace. For people like myself that want to burn through it, what is the harm in letting us? For those looking for efficient ways to farm candy and pages, Paul Tassi recommends doing public events in EDZ. I'll try that later today and see how it fares.