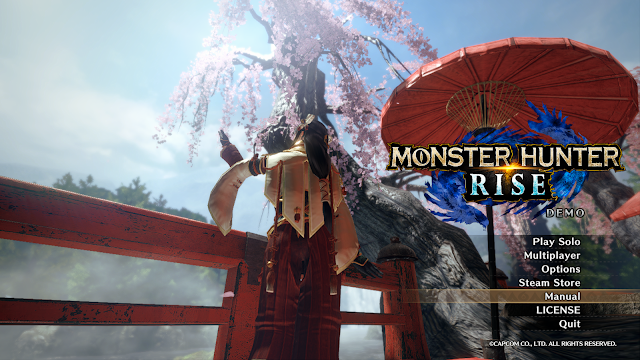 I've been waiting a very long time for Monster Hunter Rise. When the game was first announced and eventually released in March of this year, it took every fiber of my being not to buy it for the Switch. The hope was that it would eventually see release on PC and be a worthy successor to World and Iceborne. That day is nearly upon us. This week, Capcom gave us a PC release date and a playable demo. Monster Hunter Rise will release on January 12, 2022.

The demo is straightforward with a tutorial, singleplayer, and multiplayer components. Basic training is a great way to get reacquainted with the mechanics of the game if you haven't played in a while or just want a quick refresher. Wyvern Riding Training is an absolute must for anyone new to Rise. It goes of using the new wirebugs to mount, ride, and attack with monsters. There are three monsters to hunt for singleplayer and multiplayer: Great Izuchi, Mizutsune, and Magnamalo. There is a loadout for each of the weapon types, or classes, showing off a wide variety of the armor available in the main game. 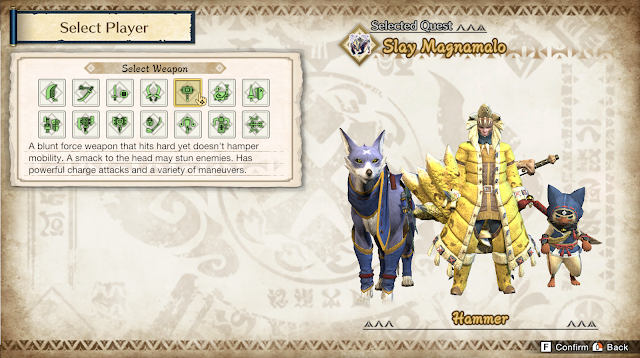 Rise feels familiar in that it is a Monster Hunter title, but doesn't control exactly like World. Whether this is due to the demo and will be changed in the final game, or is just the way it will be has yet to be determined. For example, I play a hammer main. The combos I'm used to pulling off don't exist in Rise. Being able to switch from one key to another doesn't work. Instead, the combos have been entirely separated and built upon independent of one another. Not that it is a bad thing, but will take some getting used to.
Unfortunately, and this is my biggest complaint, is multiplayer is still broken. On each multiplayer hunt I attempted, joining or hosting, 95% of the time would result in disconnection. This was a huge problem for me in World and no number of fixes would actually resolve the problem. It's aggravating to see it persist in the next game as I'm a fairly social hunter.
Despite the matchmaking problems, I'm still excited to play Rise when it comes out early next year. A new setting, new armor sets, and new monsters will make for a truly enjoyable time.