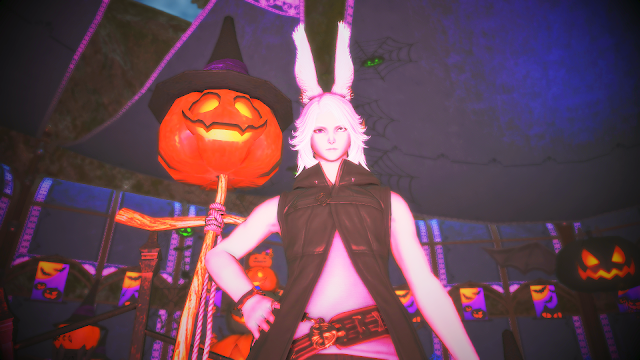 Despite its uncharacteristic disappearance last year during the actual Halloween season, All Saints' Wake has returned to Final Fantasy XIV. Though the release of Endwalker was pushed back by two weeks, there should have been plenty of time for Square Enix to include the spooky festival. Yet, the famed carnival failed to appear until...January. I guess, better late than never?
Like many other seasonal events in Final Fantasy XIV, the event sees the world of Eorzea decorated with all sorts of ghoulish decorations and sets players on a quest. To participate, players must be level 15 and have completed the "It's Probably Pirates" quest. Again, it's a low bar of entry, so most players can participate.
This year the typical carnival has not shown up. A curious Adventurer's Guild Investigator is concerned by that and another recent development. A jester of sorts has appeared in Old Gridiania and is handing out mysterious invitations to a private party. He tasks the player with finding out more. Speaking with the Adventurers' Guild Investigator at X:10.4, Y: 8.4 will begin the quest.
Following holiday tradition, the quest is relatively short and quite humorous. For completing the chain and subsequent "dungeon," players will be rewarded with Pumpkin Cookies. These cookies can be exchanged for the new clown attire that looks quite comical on everyone but Viera because of their ears getting in the way. 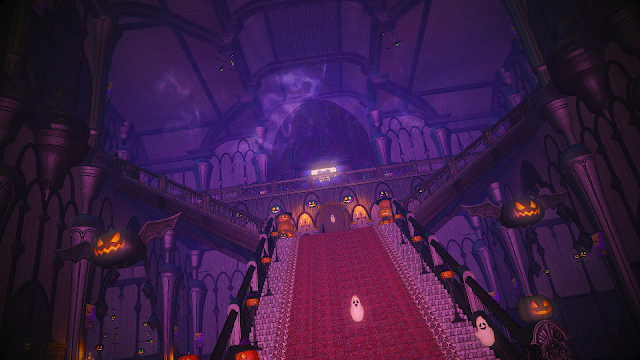 The "dungeon" is a four-player experience in a modified instance. Players must dispel the spirits that haunt its halls and save the souls trapped within. There are only two actions that players can take for each situation with one dispelling the ghosts and the other offering release to the souls. It's a unique twist and was fun to run for all the rewards.

Rather than be like other games, Final Fantasy XIV is fairly generous with rewards and respectful of the players' time. It doesn't take much in terms of effort or time to complete everything, which is a nice reprieve from so many other titles doing their best to pad out grinds.

After completing the initial run, players will need to speak with the Harlequin Guide to run it again for more Pumpkin Cookies. With cookies in hand, players can speak with the Shady Smock in the Amphitheater to exchange them for rewards.

Aside from running the dungeon and turning slowly into a clown, players are able to visit another reworked instance. While also decorated for the holiday, this one serves only as a fun distraction while players dress up as their favorite NPCs. The Genial Guiser is the gentleman to speak with to be transported. Like everything else pertaining to the event, he can be found in Old Gridania.

Again, it's bizarre that rather than just cancel the event outright, Square Enix decided to push it back three months and release it in the middle of winter. It's a little hard to get into the spirit of things and I don't know if it's appropriate to dress up my character. Those looking to get into the swing of things will have until February 2, 2022. 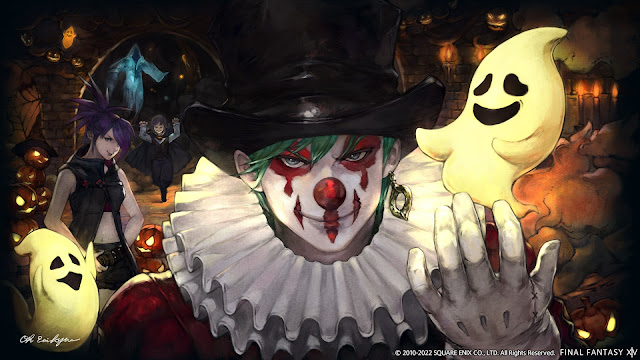