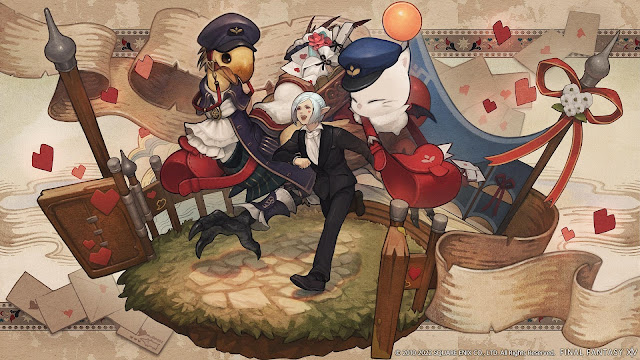 Valentione's Day has returned in Final Fantasy XIV and love is in the air. Like any other seasonal event in Final Fantasy XIV, there is a series of quests to partake in that will reward players with some attractive loot.
The Valentione's Day event is set to run from February 8, 2022, through February 21, 2022. Players will need to be level 15 to participate in the event, which can be started at the Mih Khetto Amphitheatre in Old Gridania. Players visiting the area will find it hard to miss as the entire area has been decked in all manner of festive decorations.
This year finds Lisette de Valentione and her attendant Astrid seeking the aid of adventurers. It turns out the Moogle Post is having some delivery issues and more specifically, one of their new carriers. It's up to the Warrior of Light to take this fledgling Moogle carrier under their arm and show them the true meaning behind the season. 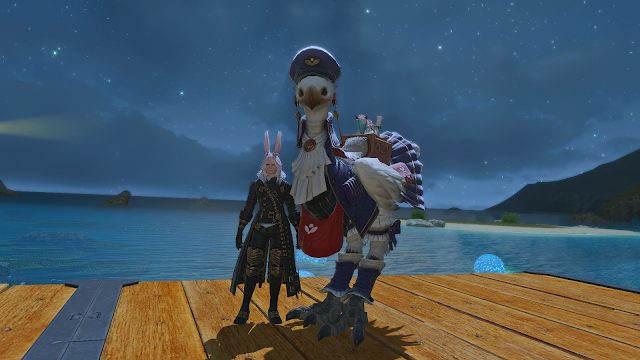 Like many of the seasonal event quests, this one is short and sweet. It can be completed in less than a half-hour. The main reward that players will be after is the Postmoogle Barding for their chocobo companion. The Valentione Mobile can also be had for 6,000 gil. There are some additional repeatable quests that reward prismatic effects, but nothing else beyond that.
The Valentione's Day event first started in 2011. It was absent in 2013 but has been present every year since then. The event has typically rewarded titles, minions, emotes, and furnishing items. Valentione's Day has been presided over by Ishgard's own expert in love, Lisette de Valentione, and her amicable assistant Astrid since their debut in 2014.
All in all, it's another fun event that will give players something else to do aside from running dungeons and capping on weekly tomestones. The story is a familiar one but is no less endearing. Since the barrier for entry is so low, there's no reason players shouldn't go out and enjoy this fun excursion in bringing love to Eorzea. Plus, the chocobo barding is ridiculously adorable and should be acquired by everyone.
Articles